A dialect is a variation of a common language that is only used in a particular region. You’ll find a lot of unique dialects in Japan, which is made up of many islands and covers a long distance from north to south. And it’s not unusual for the same Japanese word to mean completely different things in each of those regions. In this article, we’ll talk about some of those words and the best times to use them.

Where Do Dialects Come From?

We’re still not 100% sure how it happens, but there are two main theories on how dialects are born:

The first theory is based on the fact that, a long time ago, getting from one place to another was much harder than it is today, so it took a while for information to spread. For example, let’s imagine that a new word is invented in Tokyo, and then it spreads to surrounding regions and ultimately to Hokkaido in the north and Okinawa in the south. Today, this process happens very quickly because of rapid transportation and communication tools like television and the internet. This means a new word can quickly enter the Japanese lexicon.

However, if a new word was created in the past, then without the internet or fast transport, its means of transmission would be severely limited, leaving only word of mouth. This would slow down the process of a popularizing a new word considerably. As a result, it might take hundreds of years for it to spread all across the country, and by the time it gets to all the regions, the word might no longer be in use in Tokyo, having been replaced by a completely different word. Repeat that enough times, and you get regional linguistic differences where one place uses words and phrases that no longer exist in other parts of the country. Or, in other words: dialects.

The second theory proposes looking at different regions in the past as different “countries” that have come up with their own unique languages. Today, the remnants of those languages are what we refer to as dialects.

That’s Not What It Means Here! A Look at Japan’s Most Interesting Dialects

In standard Japanese, the verb nageru (投げる) means “to throw,” as in propel something with a motion of the hand, but in the Hokkaido and Tohoku dialects, it means “to throw away” or “dispose of.” That’s why northern Japanese people don’t “suteru” (捨てる “throw away”) their trash; they “nageru” it.

Your Body is “Scared”

In standard Japanese, the adjective kowai (こわい) means “frightened”, “scared” or “scary,” but in the Hokkaido and Tohoku dialects, it means “tired” or “hard/stressful/unwell” (つらい). That’s why people up north don’t say they are “tsukareta” (疲れた “tired”), but rather that they are “kowai.”

Similarly, when you’re under the weather, you’d say “Nanka karada ga kowai” (lit. “I’m feeling a little scared”) when you want to say you’re unwell in the Hokkaido and Tohoku dialects. Incidentally, the word “kowai” means many different things in many Japanese dialects. In Osaka, for example, it means “katai” (硬い “hard”).

Your Shoes Are “Gross”

In standard Japanese, the adjective kimoi (きもい) is an abbreviation of “kimochiwarui” (気持ち悪い “gross” or “disgusting”) used by young people, but in Aichi or Gifu Prefecture, it means “tight”, “cramped” or “narrow.” So instead of saying that your shoes are “kitsui” (きつい “tight”), people in the Chubu region would say that they are “kimoi.”

So if you’re ever in the Chubu region and you want to say that your shoes, clothes, chair, or even the room are a bit too small, just say that they are “kimoi.”

In standard Japanese, the verb karakau (からかう) means “to tease” or “pull pranks on,” but in Yamanashi Prefecture, it means “to try everything.” So instead of saying that you “iroiro te wo tsukushita” (いろいろ手を尽くした “tried everything”) for a sick friend, you’d say you “karakatta” (“teased”) them.

“Karakau” can also be used to describe a situation where you fixed something through trial and error. So if you want to say that you gave it your all in Yamanashi, definitely use “karakau.”

In standard Japanese, the verb naosu (なおす) means “to fix” or “to heal,” but in Kansai, it means “to tidy up” or “to put away.” So instead of saying you’ll “katazukeru” (片付ける ”tidy up/put away”) your books, you say you’ll “naosu” them.

Incidentally, “naosu” also means “to tidy up or put away” in the Chugoku and Kyushu regions. Try it out if you’re ever there.

In standard Japanese, the verb tsuru (つる) means “to hang or suspend” something so it doesn’t fall down, but in Mie Prefecture for example, it means “to carry or transport.” So instead of saying you’d “hakobu” (運ぶ “carry or transport”) a desk, you’d say you’ll “tsuru” it.

You’ll also find the same meaning of “tsuru” in Gifu and Aichi prefectures. So if you’re ever there and you need help carrying something, be sure to try it out.

In standard Japanese, the verb moeru (もえる) means “to burn,” but in Tottori or Tokushima Prefecture, it means “increase or multiply.” So instead of saying that the number of people will “fueru” (増える “increase”), you’d say that it will “moeru.”

Your Stomach Is Standing Up

In standard Japanese, the verb okiru (おきる) means “to stand up” from a supine position but in Kagawa or Tokushima Prefecture, it means “to be full.” So instead of saying that you ate a lot and now your stomach is “ippai” (いっぱい “full”), you’d say that it “stands up” (“okiru”).

Feel free to use this expression before or after eating!

In standard Japanese, the adjective iyarashii (いやらしい) means “unpleasant” or “vulgar,” but in Saga, it means “cute.” So instead of saying that your clothes are “kawaii” (可愛い “cute”), you’d say that they are “iyarashii.”

Because “iyarashii” means something totally different in standard Japanese, people are usually shocked when they hear it used as “cute.” But it’s actually a great compliment to be called or call someone “iyarashii” in Saga. So if you’re ever in Kyushu and want to praise something or someone as “cute,” go ahead and use “iyarashii.”

In standard Japanese, the verb kataru (かたる) means “to chant or recite,” but in Fukuoka Prefecture, it means “to join others in something” or “to participate.” So instead of saying that you want to “nakama ni hairu” (仲間に入る “join a group”), you’d say you want to “kataru.”

Be sure to use “kataru” if you want to join in on the fun or invite a friend over in Kyushu.

In standard Japanese, the “-mashou” ending of verbs means “let’s (do something).” It’s an invitation or proposal. But on Okinawa, it’s just a statement meaning “(I) do or will (do something).” So instead of saying “mou kaerimasu” (もう帰ります “I’m going home now”) you’d say “mou kaerimashoune.”

When first hearing this phrase, a lot of people confuse it for an invitation, but it’s actually just a statement announcing the speaker’s intent to do something. It’s not meant as an offer to do something together on Okinawa.

And that was our presentation of the most interesting dialects from all over Japan! If you ever get the chance to visit these places, try talking to some of the locals in their dialect. It’s sure to win you plenty of friends! 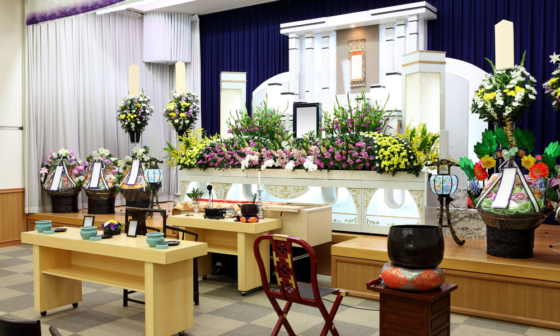 Life in Japan
Funerals in Japan are solemn occasions, during which Japanese people follow many practices in order to give the… 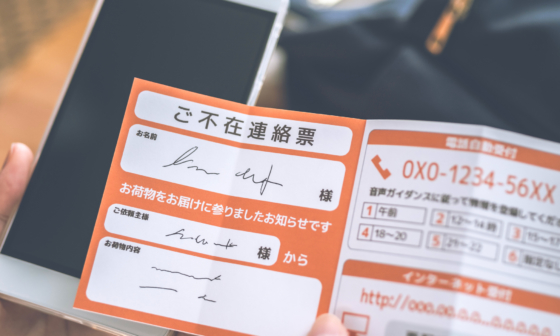 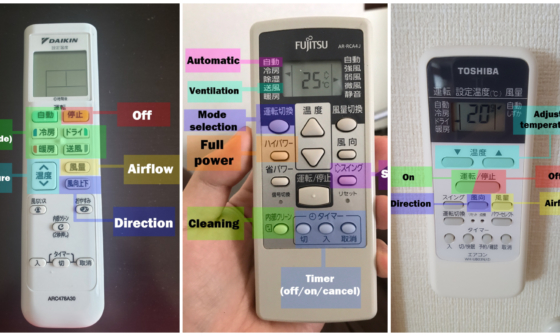 Life in Japan
Japanese air conditioners. For a task as familiar as warming up or cooling down your house, the language… 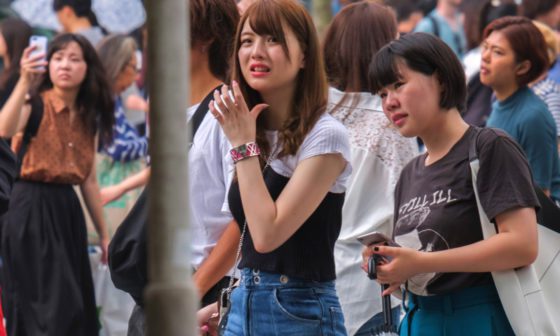 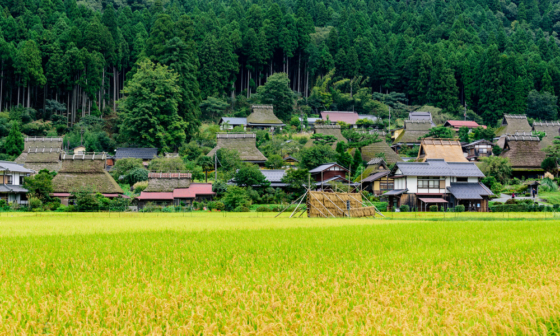 Life in Japan
Most people want to live in the big metropolitan cities of Japan. They’re fascinated by the high tech,… 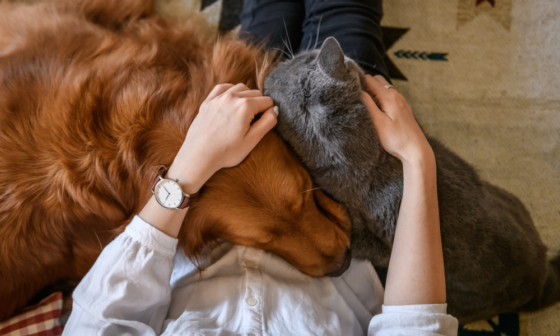