Parenting in Public: 10 Hidden Rules Among Japanese Parents to Follow When in Japan

Social etiquette has a very important place in Japanese society. Be it in everyday life or at work, there are hidden rules that could easily catch foreigners unaware. When it comes to parenting, how do locals tackle the challenges in public? Here are some tips to help you better prepare for your family’s move to Japan.

Have you noticed that the trains in Japan are rather quiet? Even those with kids keep their voices as quiet as possible! In such a setting, a child making noises or playing around in the train cabin is sure to raise eyebrows. The same applies to restaurants; parents who let their children run wild are often labeled “irresponsible.” Some places might even impose age restrictions to ensure a comfortable dining environment for guests. If you are worried about your child making a scene, we recommend visiting a family restaurant, where everyone can relax and enjoy themselves.

A stroller is a must when traveling with a baby or toddler, especially if you have a packed schedule. There are certain manners to keep in mind concerning the use of strollers in Japan, the most important being: avoid taking the train with a stroller at rush hour. Trains are chock-full with commuters, and it could be dangerous for your child. Moreover, a stroller takes up more space than an average passenger, perhaps too much for some. In case you cannot work around the peak hours, we suggest you to try waiting a bit for fewer people, or fold your stroller to avoid upsetting others.

Another reminder: do not use the escalator if you have a stroller, use the elevator instead. Most train stations in Japan have an elevator, but note that there are a few, especially in more rural parts of Japan, that don’t.

It is common for kids to get messy with food, leaving behind utter chaos by the time they are done. After a meal at a restaurant, many Japanese parents will briefly clean the table and floor. If it is too big of a mess, it is customary to inform the staff at the cashier so that they know what to expect as they prepare to receive the next guests. If you’d like to avoid all the fuss altogether, consider visiting one of these kid-friendly restaurants in Shinjuku for lunch (link leads to our sister site, tsunagu Japan).

Nothing piques the interest of kids like the moving scenery outside a train window. Most can hardly resist the urge to kneel or sometimes stand on their seat to have a better view. In Japan, parents will take off their children’s shoes during a ride so as not to soil the seats, only putting them back on when they are about to get off. The same goes for restaurants or any other public places. In general, it is rude to let your child step on a chair with their shoes on. Be considerate and do the same when in Japan!

Diaper disposal bags are popular among Japanese parents as they can contain the odor and prevent it from affecting others. Parents usually carry a few with them to contain used diapers before throwing the bundle into a diaper-only bin.

If a diaper-only bin is nowhere to be seen, Japanese parents will bring everything home and dispose of it themselves, because to them, diapers are a form of excretion and are “unclean,” and it is only right to deal with your family’s “unclean things” by yourself. Since diaper-only bins are not very widespread yet, you are advised to take used diapers back home if you cannot find one!

6. Breastfeed in a Nursing Room

Most breastfeeding mothers in Japan will feed their babies in a nursing room, since breastfeeding in public with a nursing cover is not yet widely practiced in Japanese society. Breastfeeding is seen as a very private act, and out of politeness, it should not be done in front of strangers, which is why Japanese mothers, when going outside, prefer to go to family restaurants, nursery facilities, and department stores with nursing rooms nearby.

7. Pick up Toys After Play

Japanese parents will return the toys at the play area of family restaurants and other commercial facilities to their original places before they leave. Older children are asked to do so themselves to keep the area neat and tidy.

Leaving toys all over the place would crowd the play area as well as trip other children, which is why Japanese parents teach their children to put things back where they belong from a young age.

8. Clean the Toys “Mouthed” by Your Child

It is normal for infants to put everything in their mouths as part of their growing and learning process. There is no need (and no way) to stop them from licking and biting toys, but parents should clean the toys with disinfecting wipes afterwards.

Some nursery facilities will sterilize all the toys at the end of the day, while others might ask parents to return “mouthed” toys to a dedicated basket for the staff to work on. However, the same level of cleanliness cannot be said for play areas in public spaces. For the sake of public hygiene, parents tend to clean the toys themselves so that other children can also play safely.

This is a universal rule rather than a Japanese one. Children have weaker immune systems and are often unwilling to wear masks, so it is easy for infectious diseases to spread among them. Closed areas like family restaurants and indoor playgrounds make a perfect breeding ground for such diseases. For the good of your own child and others, please stay home and rest if they are showing symptoms of sickness, and refrain from heading out until they are well again.

10. Always Keep an Eye on Your Child

Children of all ages gather in public play areas, and accidents are bound to happen. For instance, older kids running around might unknowingly step on or knock over toddlers that are still learning to walk, and some might get caught in a fight over toys. It falls to parents to interfere as soon as they notice something wrong, whether to teach their children how to behave, resolve a conflict, or treat an injury. It is the parents’ duty to always keep watching over their own children in order to create a safe space where everyone can have fun.

Japanese people are well known for their self-discipline and manners, and that extends to their parenting. As long as you are willing to respect their values, you and your family are bound to do just fine in Japan! 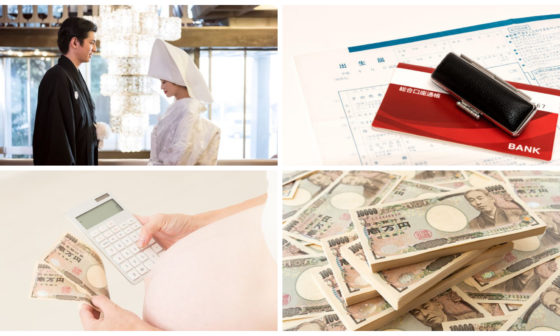 Pregnancy/Childcare
For those living in Japan, it is necessary to understand the well-rounded welfare system, as it is designed…