Dependent Visas in Japan: How to Bring a Partner or Child to Japan

The majority of Japan’s long-term overseas residents enter the country either on work or student visas. Providing that a few requirements are met, the partners or children of an overseas resident moving to Japan for work are allowed to live in Japan as their dependent on a dependent visa (家族滞在, “kazoku taizai”).

What is a Japanese Dependent Visa?

As its name suggests, a Dependent Visa is granted to partners and children of foreign residents in Japan. A dependent visa is tied to a partner or parent’s specific long-term visa. If the main long-term visa is renewed or cancelled, then the dependent’s visa is automatically affected in the same way.

Who is Eligible for a Dependent Visa?

Additionally, the children of a long-term visa holder are the only other relatives eligible for a Japanese dependent visa. Step-children need to have been adopted by the main visa holder to qualify as a dependent. Any other relatives, such as parents or siblings, do not qualify for dependent status in Japan.

It’s also worth noting that although they are often confused, a dependent visa is not the same as a spousal visa. A spousal visa is only granted for those married to a Japanese citizen. If your partner is not a Japanese national and you’re planning to move to Japan with them, you will need to apply for a dependent visa.

How to Obtain a Dependent Visa

In order for a dependent to enter Japan, immigration authorities will require proof of the relationship between the visa sponsor and the dependent. They will also need evidence of the ability of the main visa holder to financially support their dependents. In many cases, a job offer from an employer will include visa sponsorship for dependents as part of the package. If this is not clearly stated as part of a job offer, be sure to check with your potential employers in Japan before applying for the job.

If the employment package doesn’t offer dependent visa sponsorship, or if you’re moving to Japan on a long-term study visa, you could still apply to bring a partner or your children to Japan as a dependent. However, you will need to provide proof to the immigration authorities that you are able to support them financially during the course of your stay in Japan.

The Process of Applying for a Dependent Visa

The process of applying for a dependent visa is relatively straightforward, if usually quite protracted. It can take a few months for the whole visa application process to be completed, so it’s best to get the ball rolling as early as possible.

To apply for a dependent visa, you will need to complete a dependent visa application form and provide copies of specific documentation that proves your relationship with your partner or your children. These are typically marriage certificates for spouses or birth certificates for children. These will need to be submitted to the Japanese embassy in your country, or the Immigration Office if you’re already in Japan.

Immigration authorities in Japan may ask to have certain documents translated into Japanese by an accredited translator. You will also need to provide proof of your employment in Japan that shows your ability to support dependents, as well as copies of your passports and passport photos of the dependents.

You will need to take the Certificate of Eligibility to the Japanese Embassy in your home country for them to issue a visa. The timeframe for this will vary depending on each embassy, but it typically takes around a week for an embassy to process the Certificate of Eligibility and then issue a visa. You’ll also have to pay a fee of around 3,000 yen, to be paid in the local currency.

If a dependent is moving to Japan as part of the main visa holder’s job offer, the two visa applications are typically processed together. In most cases, the employer in Japan will deal with most of the application process for both the working visa and any dependent visas as part of the hiring process.

In this case, you will need to provide birth or marriage certificates, passport photos, and any other requested documents to the employer who will then include them with the paperwork that they submit to the immigration authorities on your behalf. Once approved, the Certificate of Eligibility is sent to your employer, who will then need to send it on to you so that you can arrange for the visa to be issued at your local Japanese embassy.

While a dependent visa allows you to live in Japan, it does come with a number of stipulations that some might find limiting. The biggest drawback is that a dependent visa may not allow you to work in Japan. However, there is a process by which a dependent can apply for the right to work for a maximum of 28 hours a week, which would allow a dependent to at least get a part-time job.

How to Work in Japan on a Dependent Visa

To do this, a dependent needs to apply for permission to engage in activity other than that permitted under the status of residence previously granted (called 資格外活動許可 or “shikakugai-katsudou kyoka”). This is a fairly straightforward process that involves completing a single form and submitting it to an immigration office.

It takes around a week for the immigration authorities to process the request and you can apply for the right to work for 28 hours a week even without having a job offer in place. The benefit of this is that you will already have the right to work when you’re looking for a job.

Be aware that even with the right to work granted, dependents are not permitted to work in certain industries, specifically most things to do with the entertainment industry. Working in bars, nightclubs, pachinko parlors or game centers are strictly not allowed.

Other Ways to Work as a Dependent in Japan

If you’d prefer to work for more than 28 hours a week as a dependent, you would need to find an employer that will offer to sponsor you on a work visa. Some employers may be reluctant to do this, but if you do find an employer who is happy to sponsor a working visa, they would then have to apply on your behalf to immigration authorities to change your visa from a dependent visa to a working visa.

Consider Setting Up a Business

Another way to work without finding an employer willing to sponsor a working visa is by setting up your own business and working for yourself. One way to do this is by setting up as a sole proprietorship, called “kojin jigyo” (個人事業) in Japan. This essentially allows you to work as a one-person business and is ideal if you’re looking to do freelance work.

Setting up a sole proprietorship is also relatively simple. You need to complete a single form that gives your details and the type of work that you plan on carrying out. At the end of the tax year, you will need to declare your income for the year to the tax office and pay any taxes owed.

However, in order to work as a sole proprietorship, you will still need to obtain the permission to engage in additional activity visa extension. This also means that you are limited to only working for a maximum 28 hours a week.

Besides a sole proprietorship, there are other options for dependents in terms of setting up your own business in Japan, such as establishing a stock company (株式会社, kabushiki kaisha) but these require a big financial investment and in some cases a guarantee of employing at least two Japanese citizens.

Taxes in Japan on a Dependent Visa

Part-time jobs are also subject to being taxed. Income tax is deducted from each paycheck by your employer and is based on the amount earned from jobs, while the national tax is based on annual income and taxpayers must file from February 16 to March 15 every year to see if there are any discrepancies in the amount paid. The filing must be done at your local revenue office, and if you are unsure where that is, you can check with your local ward/city office.

You are also likely to be subject to municipal taxes, which can be deducted from your paycheck or be paid at a convenience store or ward/city office.

Opening a Bank Account in Japan as a Dependent

Finally, it’s worth noting that a dependent cannot open a bank account in Japan until they have lived in the country for six months. This may cause problems if you plan on looking for work within the first six months of arriving in Japan, as you would need to find a way to be paid for your work. You may need to make any potential employers aware of this to see if they can find a way to pay you even if you don’t yet have a bank account in Japan.

Bringing Your Loved Ones With You to Japan

While a dependent visa allows the spouse or the children of a foreign resident with a long-term visa to live in Japan, for some the visa might have a few drawbacks. If the dependent plans to work whilst in Japan they may find that being limited to working for 28 hours a week a little restricting.

To overcome this, a dependent might need to find a way to transfer onto a different visa, and this might depend on finding an understanding employer or setting up your own business. However, if the dependent is a homemaker or the child of the main visa holder and has no need to work, a dependent visa will allow them to live a happy life in Japan. 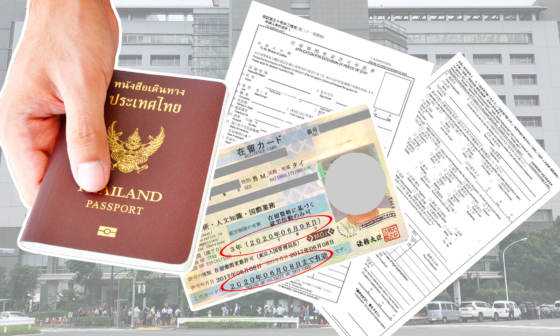 Visas
Whether you want to move to Japan for study, work, or any other reason, you have to know… 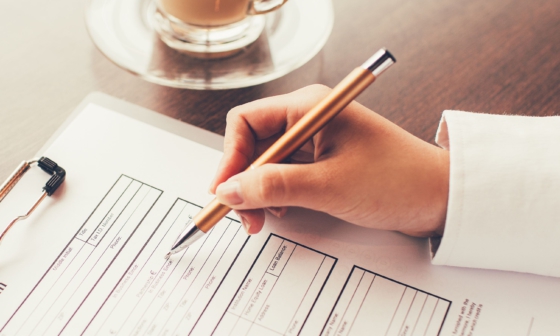 Visas
In order to work in Japan, foreigners need the right kind of residence status. There are various kinds…

Visas
Every foreigner working in Japan needs the right kind of status of residence, but if you also happen… 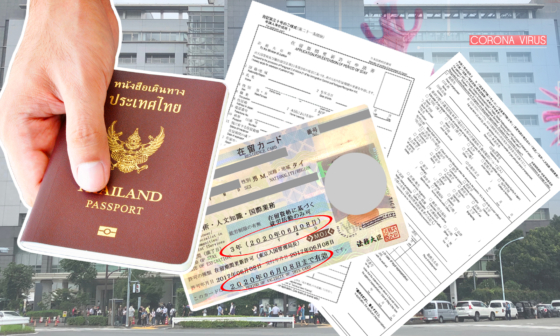 Visas
Having to extend visas is not anything new for foreigners in Japan. Although many may not be comfortable…