Never-ending sneezes, a runny nose, watery and puffy eyes, dizziness? Welcome to the club of those who suffer from “kafunsho” or Japanese hay fever! Japan’s harsh seasonal allergies spare no one (nor even foreigners living in Japan) and once they hit they may seriously affect the quality of your daily life. Finding an effective way to counterattack Japan’s hay fever symptoms it’s not always the easiest but with this article, we’ll introduce 8 great ways and products, including treatment options and medications, to survive Japan’s hay fever season!

Kafunsho (“kafun” means pollen, “sho” means symptoms) is widely known as the Japanese hay fever or often also referred to as seasonal allergic rhinitis or pollinosis. The most common cause of Japan’s seasonal hay fever is the pollen dispersed in the air by two native Japanese tree species, the “sugi” (Japanese cedar) and the “hinoki” (Japanese cypress) that with their pollination threaten your sneeze-free life from February to May.

What Are Symptoms of Kafunsho – Pollen Allergies?

The most common symptoms of kafunsho include:

But how do you know if you have hay fever or just a cold? Itchiness of the nose, throat, and eyes are the main symptoms that help differentiate a simple cold from hay fever. Also, another relevant difference is that a cold is caused by a virus infection, whereas hay fever is an allergic reaction to pollen. This means that the nasal discharge color is different, with hay fever nasal discharge being usually clear.

If one of your symptoms is a cough, you might also want to know that a dry cough equals hay fever, while a chesty cough is often witnessed when you have a cold. Of course, the best way to make sure is to go to the doctor and get an allergy test!

Why Do So Many People Suffer From Hay Fever in Japan?

Interestingly, hay fever was relatively uncommon in Japan until the 1960s, when in consequence of reforestation policies after World War II, the large number of Japanese cedars and cypresses planted started to mature and produce great amounts of pollen that has further increased since then. Later, with the urbanization of land, these allergy-causing pollens had an easy time wreaking havoc on everyone’s life as concrete and asphalt facilitate their recirculation, contributing to hay fever.

Today, according to the results of an epidemiological survey on allergic rhinitis conducted by the Japanese Society of Otolaryngology, the merciless kafunsho affects approximately 40% of the Japanese population, and the numbers are bound to rise as even people that don’t exhibit the symptoms of seasonal allergies now might develop them in the future. So, are we all doomed to suffer from kafunsho at some point? Well, no! There are a couple of solutions, tricks, and treatments that might help you fight back this opponent and survive the kafunsho season in Japan!

Is Anything Being Done to Solve Japan’s Kafunsho Problem?

The Japanese government is currently working on different approaches. As they are trying to find an effective cure for kafunsho, researchers are getting promising results with a newly developed hay-fever pill that is said to nullify allergy symptoms in around 30 percent of patients and reduce them in about another 50 percent. The government is also taking action to decrease the levels of pollen by felling and trimming the trees, as well as increasing the awareness of people suffering from kafunsho by releasing information on the nature of their ailment, useful hay-fever prevention methods, and forecasts on the pollen volume.

In the effort of reducing the pollen levels, the Japanese Forest Research and Management Organization has developed several varieties of low-pollen cedar and no-pollen cedar, as well as different varieties of low-pollen cypress. At the same time, Japan’s Forestry Agency is slowly working on replacing cedar trees in manmade cedar forests with a low-pollen cedar variety, focusing on the forests surrounding the highly-populated areas of Tokyo and Osaka. They are also hoping to raise the demand for Japanese cedar timber thanks to new techniques that make it resistant enough for the construction of 10-story buildings.

Better be safe than sorry! A first step you can take towards a better daily life during the kafunsho season is to check the pollen levels. During days with high pollen levels, you should avoid going out as much as possible, refrain from drying your laundry outdoors, and hold back from opening your windows if possible.

Websites such as tenki.jp might be very useful when it comes to keeping track of the pollen levels. Also, this real-time Japan pollen tracker might help to keep an eye on the pollen situation. Be aware that the amount of pollen in the air is usually higher when the weather is warmer, the first day of sun after a rainy day, and during days that are sunny but windy and with dry air.

2. Clean Away the Pollen

There are several ways to prevent the pollen from sneaking into your house. One of these is to accessorize it with air cleaners or air purifiers equipped with HEPA filters (high-efficiency particulate air filters) that can filter out the pollen. According to the experts, when investing in a purifier you should go for one that has a CADR (clean-air delivery rate) of at least 300, choose the model accordingly to the room size, and check if it has received the AHAM (Association of Home Appliance Manufacturers) verified mark. One of the most appreciated on the market is the Sharp HEPA Air Purifier.

Also, it might surprise you, but when it comes to cleaning and dusting the house from pollen a damp mop and a damp cloth might be the best solution, as normal vacuum cleaners and dusters risk spreading the pollen around. If you still prefer to use a vacuum cleaner be sure to buy one with sealed HEPA filters that will keep the pollen safely locked inside the vacuum bag. In general, you should clean more often during pollen season.

Another efficient yet simple way of keeping the kafunsho-causing pollen as far as possible from you is to hang dry your laundry indoors so that the pollen won’t stick on it. For big items that you can only hang dry outside, such as futon, remember to use a 干し袋 “hoshibukuro” (drying bag) to cover them.

3. Wear the Right Clothes for the Kafunsho Season

During the Japanese kafunsho season, wearing the right clothes can also make a difference! You can start with a simple yet effective trick and wearing a mask when outside. Masks are the quickest and easiest solution as they will stop the pollen from pestering your respiratory system. Some of the most renowned masks for blocking pollen include:

For extra safety when going out battling kafunsho, Japan also came up with hay fever protection glasses. Fully covering your eyes, these glasses prevent pollen from coming in contact with your eyes and stops you from rubbing them when itchy. You can easily find them in shops such as Biccamera, JINS, or Zoff.

Finally, if affected by kafunsho, you should also keep in mind that smooth cotton and synthetic fabrics are your allies, as they are less prone to attract pollen. As some pollen might still stick to your clothes, you should also remember to change as soon as you enter the house and ideally take a bath.

Several products can make the hard task of keeping the pollen away from you easier. Among these, anti-allergen sprays prevent pollen from adhering to your skin and clothing. You can spray them on your clothes, as well as on your mask, and generally around the house as they help eliminate allergens such as pollen, dust mites, and animal hair. Some of these anti-allergen sprays are also designed to be sprayed directly on your skin and hair, and they can even be used to refresh your makeup during the day.

For extra protection, you can also apply pollen-blocker creams inside the lower part of your nose. Some of the most popular among Japanese people include:

Finally, you might also want to try leveling up your barriers with the aid of a nose mask. Once attached to the underside of your nose with each side in a nostril, it acts as a filter for pollen and other particles. One of the top-ranking brands in Japan is the バイオインターナショナルノーズマスクピットスーパー (Bio International Nose Mask Pit Super.)

5. Relieve the Symptoms of Kafunsho with OTC Hay Fever Medications

Consult your doctor for the kafunsho OTC medications that most suit your symptoms and stock up in advance, so that you can start taking them at least 1-2 months before the actual hay fever season for the maximum results! Available on the shelves in Japan, you can find antihistamines such as クラリチンEX (Claritin EX), アレグラ (Allegra), アレジオン (Alesion), タリオン (Talion), and ジ ルテック (Zyrtec).

For further boosting their efficacy and tackle specific hay fever problems, you can also buy a few more items taking advantage of your trip to the drugstore:

If your hay fever symptoms are more severe, there are many clinics in Japan that you can visit for a check-up. There you can also request your prescription medications.

Can you permanently get rid of hay fever? Not completely. But this doesn’t mean you have to bear with severe symptoms for the rest of your life! Consult an allergist if you want to go for long-term treatments that can relieve or in some cases nullify your kafunsho. The most common and effective long-term treatment for hay fever is allergen immunotherapy (AIT) also known as desensitization or hypo-sensitization.

Allergen immunotherapy can reduce the severity of symptoms or the need for regular medications through the administration of a regular, gradually increasing amount of allergen by injections, tablets, sprays, or drops to change the immune system’s response. There are two types of AIT:

Although they might not directly cure kafunsho and there is still little scientific evidence, these alternative methods might help you relieve the stress and tiredness of the kafunsho season, as well as improve your general health, so that you’re in the best condition to fight hay fever and its sneaky symptoms!

Now that you know what is kafunsho and what are its symptoms, you are ready to fight back by taking advantage of all the effective products, tricks, and treatments mentioned above. You’ll be sure to survive Japan’s hay fever season with no problem! And remember, we are all in this battle together!

*For medications and treatments we suggest you always consult with your doctor first. 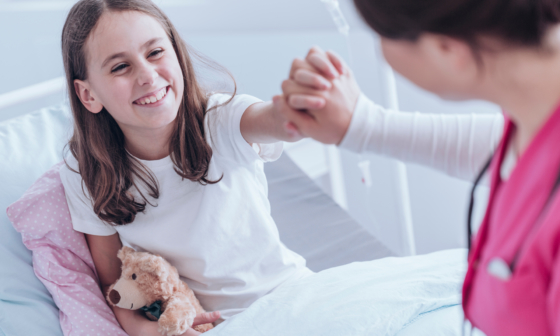 Healthcare
When a foreigner gets sick or injured in Japan, they may not know which hospital to go to… 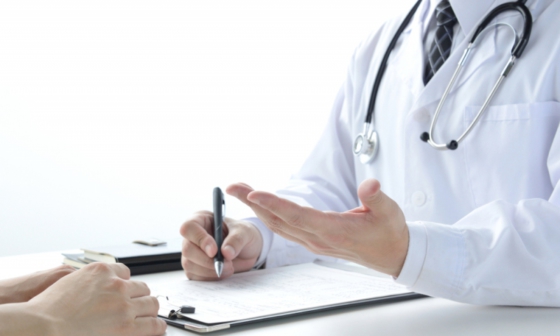 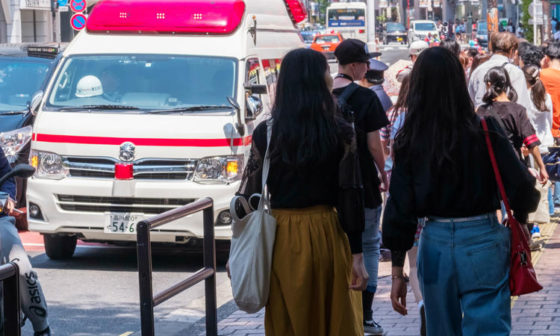 Healthcare
Many unexpected situations can arise from being in a foreign environment. You might catch a cold if you… 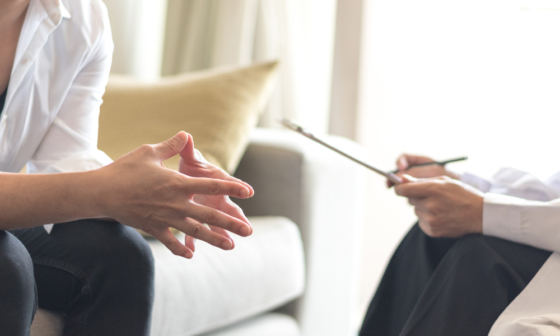 Healthcare
Adjusting to life in Japan can be tough, as it often requires having to navigate norms and customs…