A Simple Guide to Japan’s Tax Hike From 8％ to 10％: What Was Affected and What Are the Exceptions?

On October 1st, 2019, the consumption tax rate in Japan increased from 8% to 10%. The Japanese government decided to enforce this in order to secure capital for social security in the future, however, opinions were raised about the complicated details of the tax hike. Part of the confusion arose from the introduction of “reduced tax rates”, which would have been applied to certain products. This meant that not everything would have been affected by the new tax rate. The food service industry in particular had especially detailed categorizations to determine exactly what would have been affected. So, what does this all mean for foreigners living in Japan today? This article will outline the details of the tax hike and explain how affected, or did not affect, goods and services from October 2019.

Unlike previous times, however, this time’s consumption tax hike was quite complicated to understand and remember. The issue lay with the “reduced tax rate” – a policy wherein certain goods and services would not be subjected to the increase in tax – which was introduced alongside the increase in consumption tax. Here is a look at how this impacted foreigners living in Japan.

What Are Reduced Tax Rates?

Reduced tax rates refer to the reduction of the regular 10% tax rate to 8% for specified products in order to “lessen the burden that falls on widely consumed daily necessities”. The specified products included food/drink products (excluding alcohol and food eaten outside of homes) and newspapers (regular subscriptions to newspapers published at least twice a week). Since food/drink products are consumed more, let’s focus on how this tax hike impacted them.

Impacts on Food and Drink Products

Up until this point, the distinction was basically been between whether something is a food/drink product or not, so it wasn’t too difficult to follow. The complicated part is when foods consumed outside of homes are not eligible for the reduced tax rate. The specifics regarding this are quite elaborate.

What Are the Rules for Food Eaten Outside of Homes Today?

What exactly determines whether the food consumed outside of homes are eligible for the reduced tax rate or not? We will explain here the distinctions that can make it difficult to determine whether something is taxed at 8% or 10%.

For example, if a bento box is purchased in a convenience store and eaten outside of it, it is considered a “simple transfer of food/drink products”, so it is eligible for the reduced tax rate (8% tax). If the food is consumed in the eat-in area of the convenience store, however, it is considered “dine-in” and is not eligible for the reduced tax rate (10% tax).

Similarly, when food/drinks are purchased as take-out in gyu-don (beef rice bowl) shops like Yoshinoya, Sukiya, and Matsuya, fast food restaurants like McDonald’s and KFC, or cafes like Starbucks, it is treated as a “simple transfer of food/drink products” and eligible for the reduced tax rate. Conversely, the reduced tax rate is not applied for products consumed in the restaurant. As pictured above in Japanese, Starbucks has been inquiring about eat-in or take-out at the time of purchase.

Movie theaters are even more complicated. You probably have experience going to a movie theater and buying some drinks or popcorn to enjoy during the movie. If the foods/drinks bought at the concession stands are consumed inside the theater while you watch a movie, the purchase is considered “simple transfer of food/drink products” and is sold with the reduced tax rate. If the food/drinks are consumed in a seating area near the concession stand, however, it is considered “dine-in” and sold with the regular 10% tax.

Take for example the popular Japanese snacks “Bikkuriman Chocolate” (with character stickers) and “Glico Caramel” (with a toy) or sets of tea and teacups. These are eligible for the reduced tax rate as long as the following requirements are met:

In the case of the aforementioned snacks, the stickers that come with the Bikkuriman Chocolate are merely extras, and the value of the chocolate exceeds two thirds of the total value, so they are sold with the reduced tax rate. For the Gurico Caramel on the other hand, the toy is the main part of the product, and since the caramel is less than two thirds of the total value, they are sold with the regular tax rate. Determining these distinctions can be difficult, so you may want to do some research online or ask someone at the store.

In Japan, special campaigns are periodically held where bottled drinks come with an extra item. In these cases, the items are not for sale, and because the bottled drinks with the items are sold for the same price, the value of the extra item is considered as free. Consequently, the value of the food/drink product exceeds two thirds of the total value, so it is sold with the reduced tax rate.

What Else Has Changed?

Cashless payments at registered small/regular businesses between October 1st, 2019 and July 2020 were eligible for a 2-5% reward-point rebate.

The aim of this rebate system was to soften the impact of the tax hike for a certain period of time after it is implemented. There were two methods to the system: point reward systems for individual services or a discount on the spot equivalent to the point value.

The following were the types of purchases and stores where immediate discounts could be applied:

Bonus: When Exactly Was the Tax Hike Put in Place?

For services that run 24 hours including taxis, when exactly was the new tax rate put into effect on October 1st?

What About 24-Hour Stores?

Frankly speaking, the exact time of implementation varies by the service or store. The following is some information that was officially announced prior to the change.

Like other services, the details of implementation varied by the taxi company. Teito Motor Transportation, a large taxi company, announced that taxi rides that start before midnight and end after would still be charged with the 8% tax. Likewise, Sanwa Kotsu Taxi stated that the 10% tax would only be applied from the morning shift taxis on October 1st.

This was a simple summary of the consumption tax rate revision to explain some of the complicated details for foreign residents in Japan. This information will hopefully come in useful when you’re shopping around Japan! 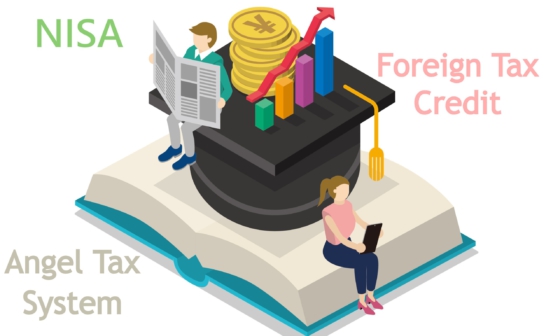 finances
In many countries, capital gains made by individuals are taxable, and with a hefty rate at that. Interestingly, Japan has a special system in place which allows tax-free investments and in some cases even tax deductions. What is the reasoning behind such a system? How could you benefit from it after making an investment? Let's find out together! 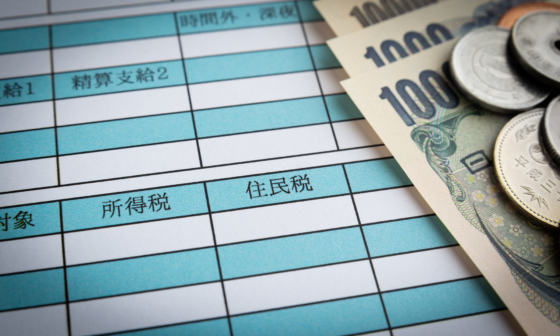 Taxes
According to Japan’s constitution, every Japanese citizen must pay taxes. This also applies to foreigners living in Japan.… 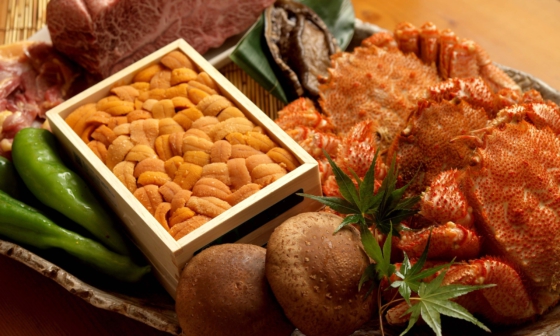 Taxes
What if we told you that for as little as 2,000 yen, you can get meat, rice, seasonal…