What Can I Expect to Make in Japan? Average Salaries in 2020

Thinking about working in Japan? Curious how much you’ll make? Using data from the Ministry of Health, Labour and Welfare’s 2020 survey of salaries in Japan, this article will give you an idea of how much money you can expect to make as a foreigner working in Japan.
25
Shares
24
0
1
0

Looking for work in a new country can be a daunting process. Beyond the complications involved with moving across the world, adjusting to a new culture, and learning a new language and way of life, figuring out how to make a living is perhaps the most important thing you will need to think about.

Every country functions a little bit differently with regards to work, and no more so than in salaries. From abroad, looking at salaries in Japanese yen is confusing, as not only do living standards not translate one-for-one, but the numbers can be much larger compared to other currencies. (For example, if you have a full-time job in Japan, you’re automatically a millionaire—albeit in yen—which can skew your perception as to what exactly is normal.)

In this article, we’ll take a look at what most Japanese people earn as an average salary, both overall and within different industries. We’ll then take these numbers and compare them to the industry that many English-speaking foreigners work in when they come to Japan: English education. From there, you’ll get a better idea of how much money most Japanese people make and how much you’ll make if you decide to live and work in Japan.

The average salary listed above may seem a bit low, but keep in mind that it is an average that the Japanese Ministry of Labor has taken for all salaries. When broken down by industry, it paints a slightly different picture, one that we can glean some important details from.

*link to survey (Japanese only)

Taking cost-of-living into account, this salary is more than sufficient, even for some of the most expensive places to live in Japan. Looking at Tokyo, for example, the average 20-30 year old can expect to pay about 50-70,000 yen on rent, 5,000 yen on transportation, 20,000 yen on utilities, and 30,000 yen on food per month.

Along with money set aside for social expenses, this totals to about 145,000 yen in expenses per month—a little over half the average monthly salary. For most, this should entail relatively easy living and the ability to save for bigger expenses, like vacations or large purchases.

Looking at the above averages, we can see which fields pay the best, broken down by gender. For men, the best field to work in if you want a high salary is “finance/insurance.” This is quickly followed by “education” which almost matches its number. From there, it drops for “research”-related jobs and falls further for “information services” and “wholesale/retail.”

For women, the order is a little different. Women workers’ highest-paying field is “education,” followed by “information services,” “research,” and “finance/insurance.”

In terms of worst paying, compensation bottoms out for both genders in the “hospitality/food service” industry. From here, the genders diverge, with “service/other” and “delivery/transportation” having the lowest average salary for men, while “manufacturing” and “lifestyle/entertainment” having the next lowest average salaries for women.

Gender Plays a Role in Salary

The most apparent picture painted by the average salaries in Japan is that gender plays a big role in compensation. In Japanese workplaces, women are often paid much less than their male counterparts.

This is seen across industries. The field with the closest average wages is “services and other.” This is quickly followed by “delivery/postal/transportation” work. The rest slowly diverge until we come to the most unequal industry, “finance/insurance,” where men make a whopping 1,810,000 yen per year more than their female counterparts, on average.

Why Do Women Make Less?

There are several reasons for this large gap, the biggest is the extremely male-heavy management in most sectors of the economy. Due to traditional gender roles still being the norm in Japanese society, men on average work for longer hours and for many more years than women. Upward mobility in Japanese companies is largely the result of years of service combined with hours worked, leaving most women—who are expected both to work and to manage the household—in a disadvantaged position.

Since they often aren’t considered for managerial positions, women not only suffer from not receiving the expected salary increase that comes with being a manager; they are also consequently left out of the decision process that determines salaries in general. This is on top of the preference for hiring new graduates over older workers, meaning women who leave the workforce to rear children often have difficulty reentering and receiving a wage equal to their experience.

Other Bits of Salary Data

In general, the bigger the company you work at, the better the pay will be. For companies of all sizes, the pay starts similarly, but once your salary goes up, the biggest companies tend to pay the best and offer the most stability.

If location is important, by far the most money is located in Tokyo, where the average salary is 3,790,000 yen. Being the center of Japanese commerce and the preeminent urban center in the country, thousands of companies headquarter or have branch offices in the city. Tokyo is followed by Kanagawa to the south, which hosts Japan’s second-largest city, Yokohama. There you can expect 3,411,000 yen per year. Outside of Kanto, Osaka leads with average salaries comparable to Tokyo and Yokohama at 3,322,000 yen.

The Older You Are, the More You Will Make

Across all companies and industries, age and experience play a big role in compensation. Salaries on average are lowest for those just entering the working world in their 20s, and they slowly climb until they peak around a person’s mid-to-late 50s. This is true for both men and women.

As workers reach their 60s and 70s however, the average salary declines again, to become almost comparable to the starting entry-level salaries of a person in their 20s. This is because most Japanese companies mandate that their workers retire at the age of 60.

However, the pension system in Japan doesn’t start paying out until age 65, so workers often go into a semi-retirement. Instead of working as a full-time employee, they get contracted on a yearly basis between 60 and 65 and, in turn, see their pay reduced.

Salaries of Foreigners Working in Japan

All of the above is great for getting an idea of the average salary in Japan, but that data mostly pertains to Japanese people working at Japanese companies. For foreigners working in Japan, the salary picture is a little bit different.

On average, a foreigner working as a regular employee makes 2,231,000 yen per year. This foreigner is 33.4 years old and has only worked for about 3 years. If you are working in a technical profession, or are a professional in a specific field, you can expect a higher salary at 3,243,000 yen, while if you are interning, your salary drops to a mere 1,569,000 yen.

Salaries of English Teachers in Japan

For a large portion of English-speaking foreigners who come to work in Japan, it will be through an English teaching position as either a teacher at a private company or an Assistant Language Teacher (ALT) working in a Japanese school.

Salaries for English teachers and ALTs vary depending on the company or the program. If you get a job with the government through the JET program, you can expect an above-average salary. For the year 2020, JETs start with an annual average salary of 3,600,000 yen. By their fourth or fifth year, that salary increases to 3,960,000 yen.

ALTs who don’t work for the government will see salaries closer to the average salary for foreigners. The best non-JET English teaching jobs are teaching business English, which will pay salaries almost equivalent to the government. Working at a private ALT dispatch company will net you about 2,400,000 yen initially. This will rise to about 2,700,000 yen as you get raises each year.

Eikaiwas pay similarly, with about 2,500,000 yen to start rising to 3,000,000 yen annually. Private tutoring bottoms out the list, with no annual salary and expectations of about 3,000 yen per hour, with varying work hours depending on the number of students worked with.

What to Expect for a Salary in Japan

When coming to work in Japan, expect starting with a salary close to the average of about 2,500,000 yen per year. If your first job is teaching English and you decide to keep at your job for several years, expect raises initially that will soon taper off as you reach the limit of advancement in the English-teaching industry.

At this point, it might be a good idea to start looking at other fields beyond English teaching. Finding work at a big company in the finance, information, education, or research industries can net you a much better salary, as there are more opportunities and potential for upward movement and promotions.

The Pay May Seem Fairly Low, But a Typical Japanese Salary Can Go a Long Way!

Hopefully, this article has given you an idea of what to expect in terms of salary when searching for work in Japan. If you keep the low cost of living and plentiful social benefits such as subsidized health insurance in mind, you’ll find that living comfortably in Japan is well within reach! 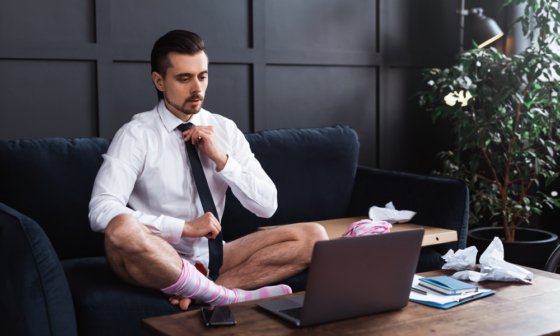 Work
Interviews. Undoubtedly, they are the most stressful part of the job hunting process. Plus, for those of us who aren't native speakers, Japanese interviews have an added layer of difficulty. If you dislike interviews as much as I do, keep reading to learn what NOT to do, as well as what TO do to make your Japanese interview as successful as possible. 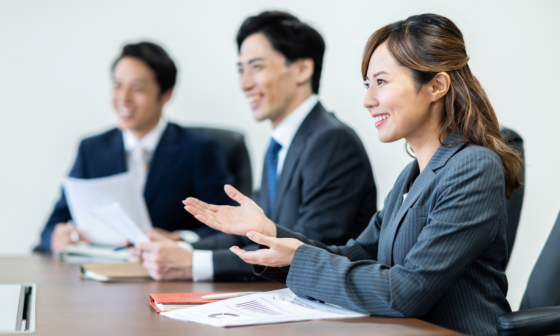 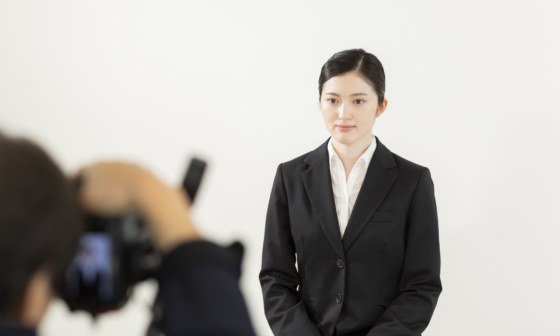 Work
Whether you’re job hunting for part-time, full-time, or contract work, the thing that leaves a first and everlasting… 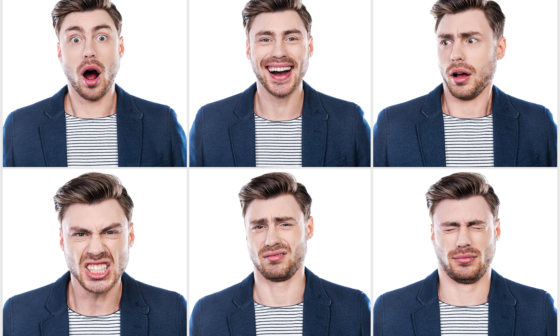 Work
For anyone hoping to live happily in Japan—and especially for those seeking to succeed in the Japanese workplace—mastering honne and tatemae is an essential prerequisite! This article will explain what honne and tatemae are, as well as give you practical advice for how you can understand and use them yourself!

Work
According to Japan’s Ministry of Health, Labour and Welfare, there were around 1.65 million foreign workers in Japan… 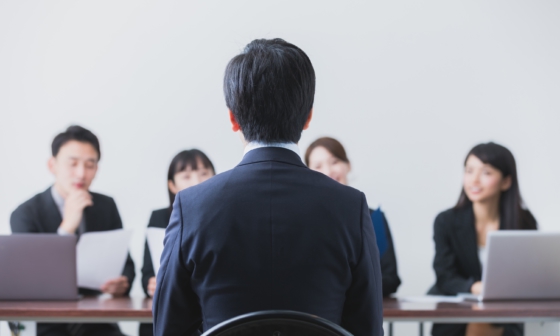