How Much Does Life in Japan Cost? Let’s Look at Some Typical Monthly Expenses

Exactly how much does living in Japan cost? It’s said that life in the Greater Tokyo Area costs anywhere between 140,000 and 160,000 yen a month. But what is all that money going towards? In this article, we will take a detailed look at Japanese living expenses, which should prove useful to anyone staying long-term in Japan.

Breaking Down How Much Money You Need per Month to Live in Japan!

No matter where you live, living expenses tend to include fixed monthly costs like rent, transportation, utilities, data plans, food, social expenses, etc. But how much would all of those amount to in Japan, which is well known for its high prices? Let’s look at some estimated basic expenses that someone in their 20s or 30s living in the Greater Tokyo Area has to cover each month.

How do these costs compare with your country? Next, we’ll break down all of these living expenses and talk about ways of bringing them down.

Living Expense #1: Rent – Comparing Prices in and Outside Tokyo

The majority of monthly living expenses is taken up by rent. Even then, rents in Tokyo, when compared to other parts of Japan, are said to be exceptionally high. Let’s compare how much you’ll need to spend on housing in and outside the capital.

First, let’s suppose you’re single and renting a one-room studio apartment (1R) or an apartment with a separate kitchen (1K). Now, let’s look at average rents for such apartments in major Japanese cities.

As you can see, when compared with other parts of Japan, the average rent in Tokyo is very high. It might not seem like that much when compared to rent in major cities in other developed countries but, remember, in Japan we’re talking about rental properties that are typically around 20 square meters (1R). For many people, that’s a lot of money for such a tight space. But even if it’s not ideal, there are still some who want to experience that Tokyo life, and for them we have some tips on how to save money on rent. Simply read the paragraph below and you’ll surely be able to find something in your price range.

How to Save Money on Rent

In Japan, rents tend to be higher the closer you are to a train station. So, even though it might be a bit inconvenient, if you want to save money, look for properties located about 15 minutes from the nearest station. You will save even more money if you look for a place to live in one of Tokyo’s neighboring prefectures like Saitama, Chiba, or Kanagawa, which are only an hour away by train from the center of the capital. Looking for roommates to split the costs is another thing you may want to consider.

Living Expense #2: Utilities – How Much Should You Expect to Pay Each Month?

Utilities expenses include electricity, gas, and water. They’re detailed below:

• Electricity: the costs of lighting a room and using home appliances.

• Gas: the costs of cooking and using hot water. There are two types of gases: city gas and propane gas, and the latter has a higher heating value, making it recommended for those who cook a lot. However, it also tends to be more expensive than city gas. When looking for ways to save money, be sure to check what kind of gas you’re using. Incidentally, induction heaters use electricity instead of gas.

• Water: the costs of using the toilet, bathing, laundry, and cooking.

You use all of the above-mentioned things each month, so utilities will always be a part of your monthly expenses. The typical costs for each are detailed below:

Typically, utilities should cost you around 10,000 yen each month, which is relatively high at an international scale. However, the money covers things you need to live, so there are limits to how much you can save on these costs. Still, there are ways to spend less on utilities, which are detailed below. Additionally, you can pay for utilities by having the money taken out of your account, direct deposit, paying at the convenience store, or by credit card. Please confirm your preferred method of payment before you move in.

How to Save Money on Utilities

There are plans offered by electric and gas companies that combine electricity and gas into one monthly expense, and they usually come with a discount. You can save up to 10,000 yen a year with such plans. Also, if you keep appliances that you rarely use unplugged, you can save another 500 yen a month, and keeping your fridge only 70% filled up will save you 80 yen a month. That might not seem like a lot, but it might come in handy when you’re living on a budget.

Data expenses refer to costs related to smartphones, tablets, and other communication tools that are necessary for everyday life. If you work in Japan or want to sign a real estate contract, you’ll need a Japanese phone number. How much does that cost per month? Let’s look at the plans offered by Japan’s three biggest carriers.

As you can see, a data plan costs about 6,000 yen a month. Additionally, if you want to enjoy the internet in the comfort of your own home, you’ll need Wi-Fi. There are many options you can choose from, like WiMAX (2,590 yen/month) or SoftBank Air (4,880/month), so make sure you go with a plan that’s best suited to you and your smartphone. The addition of Wi-Fi should bring monthly data costs to about 10,000 yen.

How to Save Money on Data

Living Expense #4: Food – How Much Do Groceries Cost in Japan?

Food expenses include the costs of cooking ingredients, seasonings, drinks, and snacks, i.e. things that you consume in your household. Needless to say, the cost of food differs greatly between countries. For example, a 500 ml bottle of water costs about 100 yen in Japan while in Thailand, for example, it’s about 33 yen.

In a 2020 CEOWORLD Magazine ranking of the most expensive countries in the world to live in, Japan came in at 4th place, meaning that it’s a very expensive country. People who’ve lived in Japan for a long time might not notice it anymore, but those not used to it will surely be surprised at the high prices, including the cost of food.

How to Save Money on Food

If you visit a Japanese supermarket shortly before it closes, you’ll find heavily discounted sashimi, ready-to-eat meals, bread, and items close to their expiration date, some of which will be 50% off. You should also buy your groceries for the entire week in one go, because the more you go out shopping, the more likely you are to buy things you don’t need. So, make a list of all the things you’ll need for the week and stick to it.

Living Expense #5: Transportation – How Much Does It Cost to Get Around Japan?

If you want to get anywhere, you’ll have to use public transport. In Japan, this mainly means using the train, bus, or taxi. Let’s look at all of their base fares (i.e. the fares for the shortest distance).

The majority of public transportation in Japan is actually operated by private companies instead of the government, which explains the relatively high prices.

How to Save Money on Transportation

When using the train or a bus, you should use an IC card to pay your fare electronically, which gives you a discount. For example, if the fare between two stations costs 220 yen with a regular ticket, then it should only be about 216 yen when you pay with an IC card. You just need to charge it, and you’ll not only save money but also time at the ticket machine.

We hope that you’ve enjoyed this article. Living in Japan isn’t exactly cheap, but fresh, drinkable water is always available from the tap, and everything you’d ever need is available 24/7 at convenience stores. There are also plenty of restaurants where you can get high-quality food for very affordable prices. To make the most of all the convenient options that Japan has to offer, you need to look at your life and decide where you can spend a little more and where you should budget. We hope that this article has helped you do that. 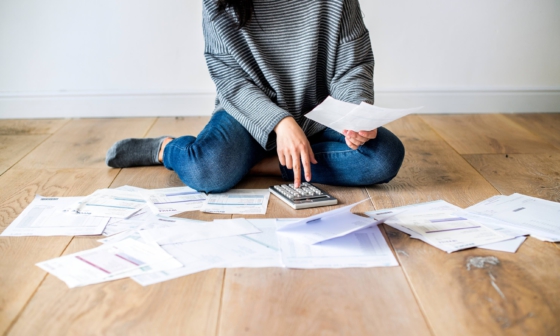 finances
Social programs in Japan are funded through such things as taxes (income, resident, etc.), health insurance premiums, and… 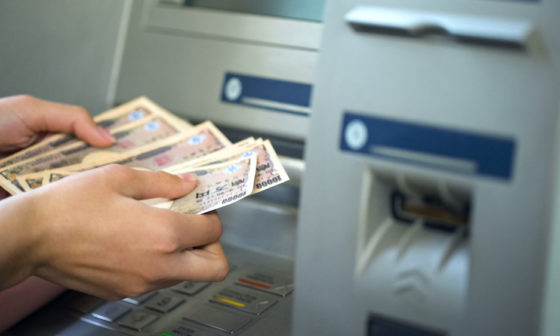 finances
So, you’ve just arrived in Japan with all your belongings packed into one or two suitcases, ready to…