10 Things You Should Know About Renting in Japan

郷に入っては郷に従え (gou ni itte wa gou ni shitagae) is the Japanese equivalent to the English phrase “when in Rome, do as the Romans do.” Indeed, whether it comes to eating, public transport, or office culture, Japan is a country with many spoken and unspoken rules. To make things more confusing, these rules can also differ from company to company or area to area.

Japan’s rental contracts can be particularly rule-heavy and unfriendly to foreign residents. There’s no shortage of Japanese real estate companies that take an extremely harsh stance when it comes to renting to foreigners, whether it be by uniformly denying all applications or requiring Japanese guarantors. In this article, we’ll cover ten things you should know in order to avoid trouble when renting in Japan. You can also ask for the support of professionals at Japan Property, one of Japan’s leading property portal websites!

Most Japanese rental properties require renters to list a guarantor. This guarantor will take responsibility for the contract if the renter defaults on payments or can’t be contacted. Since they act as an emergency contact, in most cases, this guarantor must be a Japanese resident. Normally, Japanese people simply list a parent or family member as their guarantor, but this usually isn’t an option for foreign residents, whose families are most often in another country. This inability to list a guarantor is a common reason why many foreign residents find themselves unable to find a place to rent.

Some people in such a situation find themselves forced to use the services of a guarantor company for their rental contract, but the high cost of such services leads others to give up on the rental altogether. Whether by choice or necessity, foreign residents often end up living in a share house because of issues of either finding a local guarantor or paying for a guarantor agency.

2. Renting Is Expensive! How Many Months’ Rent Is Needed Up Front!?

These kinds of fees can add up to around 4.5 to 5 months’ rent in additional fees and costs. As we mentioned earlier, some people also need to add the cost of a guarantor service onto this calculation. The high cost of entering a rental contract isn’t just a headache for foreign residents; many Japanese locals struggle with it, too.

3. You Can Sometimes Get Rejected Because You’re Not Japanese…

There are still some rental properties that simply refuse foreign tenants, although this is changing as the number of international residents in Japan increases. This is usually due to a landlord’s worry that a lack of Japanese language ability will cause problems during the contract signing process or when trying to communicate after the tenant moves in. Because of this, some landlords will simply reject all foreigners upfront. There are also landlords and property managers that refuse all foreigners on principle due to a past negative experience with a foreign renter.

Many landlords also worry there will be issues with cultural differences when it comes to manners. There are a lot of unspoken rules in Japan designed with everyone’s comfort in mind. For example, people may smoke under their kitchen fan instead of on the balcony to stop smoke from drifting into other apartments. When it comes to everyday noises, people are expected to make sure that sounds (such as musical instruments, the TV, or noises of their kids playing) don’t carry to neighboring apartments. These rules aren’t made into law, but are generally followed out of consideration for the people who live around you. Unfortunately, many landlords will outright refuse foreign residents in the belief that they are unable to understand this part of Japanese culture.

4. Keep It Down! The Reason Neighbors Bang on the Wall

Just like anywhere in the world, rental properties can range in price in Japan. Less expensive rentals come with their fair share of issues, the thickness of the walls being one of them. The thinner the wall, the more easily sound travels. In other words, if you’re having a loud conversation late into the night with your friends or playing an instrument, your neighbors can hear it all.

People sometimes will indirectly communicate their annoyance at having their sleep bothered by banging on the wall. It’s important to keep your neighbors in mind and avoid this kind of conflict by keeping the noise down, particularly at night.

5. A Way Smaller Apartment Than You Expected? Always Inspect Before Renting

No matter what part of the world you live in, cities tend to be more expensive. The size of houses and apartments in the inner city can also differ greatly from the size of places in more rural areas. Some people can get caught out by choosing a rental based on floor plans, or by assuming a property will be a certain size based on its price, only to find it much smaller than expected in real life. You can imagine how stressful it would be to come all the way to Japan only to live in an apartment with barely enough space for a bed, let alone a couch! When renting in Japan, don’t just look at the price and the floor plans, but be sure to book an in-person viewing with the real estate agent or landlord.

6. Summers Are Hot and Winters Are Cold! How Do Japanese People Cope With Extreme Climates?

Japan has four distinct seasons, with hot summers and cold winters. Houses can be built with good ventilation to help cool the house in warm climates, or built with good insulation to trap warmth inside for cold climates. However, it’s hard to design housing that works well in climates with both extremes of hot and cold. This is why most Japanese houses have air conditioners with both cooling and heating settings. However, relying too much on this air conditioning can send your monthly electricity bill skyrocketing. You’ll also find that some cheaper rental properties have no air conditioning at all. Many people instead use their air conditioning to get through the most extreme periods of heat and cold and opt for electric fans to keep cool in the summer instead. Fans can help keep the electricity bill down, so many families also use them to save money. Some people even devise creative methods of keeping cool such as attaching ice packs to their fans so that they blow chilled air!

For wintertime, I recommend trying the uniquely Japanese “kotatsu,” a table with an attached heating unit that you cover with a blanket to trap the warmth underneath. Using a kotatsu costs less than heating the room with the air conditioner, but it does require a bit of floor space. If you don’t have space, you can create an easy kotatsu-like effect by using a lap blanket and a small electric heated mat.

Most people around the world are pretty familiar with door-to-door salespeople. In Japan, however, there is an organization that goes from house to house to collect television license fees. This is the Japan Broadcasting Corporation, more commonly known as the NHK, a semi-governmental organization that serves as Japan’s official public broadcaster.

Generally speaking, any household in Japan that can receive a television signal can get NHK channels. No matter your nationality or whether or not you actually watch NHK, everyone who owns a television set in Japan must sign up to pay the NHK license fee. There’s no actual fine or penalty for not signing up, which is why NHK staff visit each household to have people sign the contract and pay up. Increased security-consciousness caused the number of door to door salespeople in Japan to fall over the years, so if someone you don’t know shows up at your door, it’s most likely the NHK.

Interestingly, customary international practice means that diplomats and consulates are exempt from the license fee, regardless of whether the TV set in question is in an official building or private residence.

Japan also has a lot of complicated rules when it comes to sorting trash. Japan typically burns its garbage, but putting out the garbage isn’t as simple as just separating trash into “burnable” and “recyclable” items. Rules vary depending on where you live in Japan, but it is common to also need to further sort your recyclables into categories like cans, glass, plastic bottles, other plastics, newspapers and magazines, and more. Some places have rules so complicated that even the locals get confused from time to time.

The way you put your garbage out for collection is also important. Many towns and cities in Japan specify what bags you need to use for your garbage. In some cases, your garbage won’t be collected if it’s in the wrong type of bag. Garbage is collected by type on specific days of the week, so you can’t just take your garbage out whenever the kitchen trash can is full, either. It’s considered a breach of manners to put bags out any time other than the collection day for that type of garbage.

9. No Pets Allowed? Take Note If You’re Moving Somewhere Like Osaka or Tokyo!

Indoor pets are fairly common in Japan, but you’ll still find that many rental properties don’t permit pets. Many properties prohibit tenants from owning pets in an attempt to avoid the noise and unwanted smells that can cause problems for nearby residents. This is particularly true of large cities like Tokyo and Osaka. If you have a pet, look for listings that explicitly state that pets are allowed.

10. Keep Things Clean to Avoid a Huge Bill When Moving Out

When moving out of a Japanese apartment, a maintenance fee is usually charged.  This fee covers the cost of cleaning the apartment for the next resident as well as any needed repairs. Typically, this fee is taken from the security deposit made when you first rented the apartment. However, if you’ve caused damage to the apartment that can’t be covered by the deposit alone, it is possible to be charged for additional damages. Keep these costs down by treating your apartment with care.

The Tokyo Metropolitan Government has created an illustrated guideline to help foreign residents prevent tenant-landlord disputes while renting an apartment in Tokyo that is worth checking out.

Rules and manners really are an important part of Japanese culture. This unique culture can undoubtedly present a bit of a learning curve for people moving here from overseas. However, a lot of the rules are simply designed to allow everyone to live comfortably. As more people continue to move to Japan from abroad, policies and legislation designed to create a more supportive environment for foreigners who live in Japan are slowly being put into place, so stay optimistic as you look for a place to live! 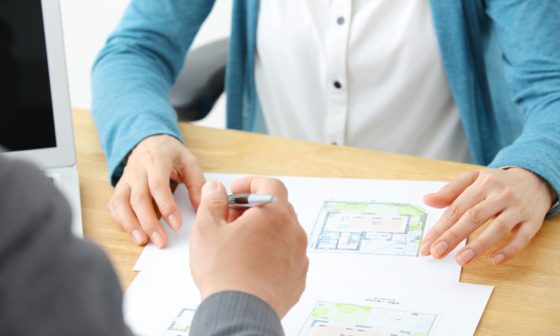 Housing
One of the first hurdles people face when moving to Japan is signing a property rental agreement. Japanese… 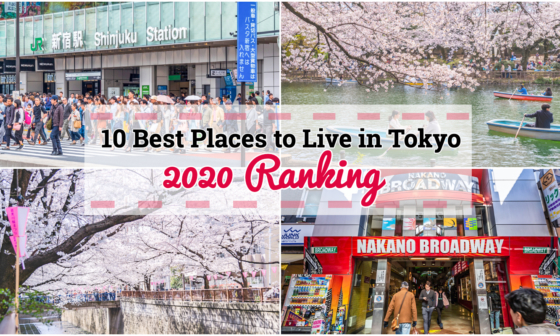 Housing
Plan to move to Tokyo? Regardless of reason, one common problem you’re bound to face is not knowing… 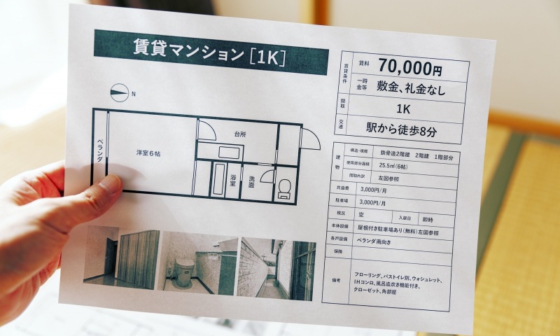 Housing
In order to start your life in Japan, first you need to find an apartment that suits your… 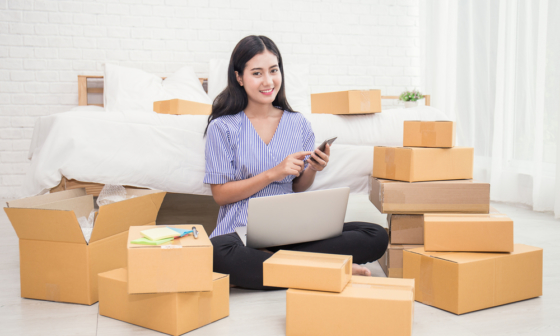 Housing
No matter where you live or how far you are moving, the process of moving is always a… 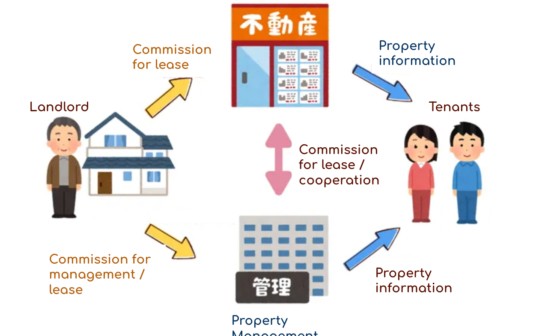 Housing
Many people learn about Japanese culture through reading manga or watching Japanese dramas, and some take such a… 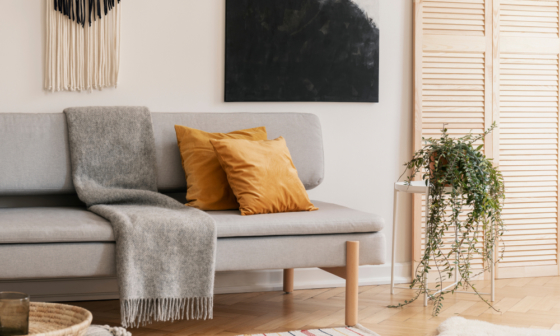 Housing
When imagining living in Japan, some images that might come to mind are densely populated cities and cramped apartments. This depends on the area and other factors, but Japanese housing does tend to be on the smaller side overall. However, small doesn't have to mean uncomfortable.