Whether it’s customs around food or manners, Japan is famous for having a rich and unique culture. In fact, some aspects of the dating culture in Japan could be a little tricky to understand from a Western perspective. This article will give you a rundown of Japan’s unique dating culture as seen by a Japanese woman in her 20’s. Of course, everything in this article is based on the writer’s own opinions, but if you’re interested in how Japanese couples date, read on to find out more!

First, a “Confession” is Essential

When Japanese couples start going out, in a lot of cases, the relationship is preceded by what’s called a “confession” or “告白” (kokuhaku) in Japanese. This is where one partner tells the other their feelings and asks to date them. This is the point that the relationship officially begins.

In contrast, rather than getting confirmation of their partner’s feelings, Western couples tend to go on a number of dates and gradually build up a mutual awareness that they are dating. I dare say that because of this, there are some people in the West who might think they’re in with a chance if someone agrees to go to coffee with them?!

In Japan, people often go out for lunch or tea just as friends. This is why in Japan, if you don’t properly confess and recognise each others’ mutual feelings, you may not really know when your relationship as a couple actually began.

Couples are More Likely to Split the Bill

This varies between generations and areas, and of course between individual couples themselves as well, but there is a trend among the younger generation for couples to split the bill on dates as their relationship progresses. This isn’t because Japanese people are cheap! Rather, people grow up thinking that splitting things fairly keeps things equal and improves personal relationships. There is a sense that a couple should share things equally between each other.

That said, many men like to pick up the bill for special dates like Christmas, birthdays, or anniversaries.

It’s Normal for a Weekend Date to Go All Day

I’ve been told that in the West, dates are often fairly casual affairs. People might meet for lunch or hang out for a couple of hours over coffee, a quick meal, or a walk. Of course, Japanese people do these things on dates too, but they’re usually part of a longer day out together. The main event on a date is often something like visiting a theme park, going shopping, or seeing a fireworks display. This is why when Japanese people are planning a date for the weekend, it’ll usually be for a half or full day. Some people probably think that just lunch or coffee isn’t quite enough.

You often see couples in the west showing their affection in public with a hug or a kiss.  Generally speaking, Japanese couples may hold hands, but typically don’t kiss in public.

From my perspective, there seem to be two reasons why. The first is that Japanese people tend to value privacy, and avoiding PDA helps protect the personal connection that comes with being a couple. The second reason is that people may be seen as lacking in public moral sense, and some people may even feel that PDA would make the people around them uncomfortable. This is why Japanese couples avoid public displays of affection.

There’s No Custom of Expressing Your Love in Words

Japanese people tend to be shy, and don’t come right out with things like “I love you” as freely as people might in the West. Typically, people understand that their partner knows how they feel, even if they don’t say it out loud.

Of course, everyone is different, and it’s not uncommon for a lack of expressions of love to cause arguments between couples. Still, this kind of “unspoken understanding” is a unique part of Japanese culture.

There are plenty of people in Japan who prefer to use their days off to relax and take things easy. This is why many couples like to watch a DVD or play games together at home. On the other hand, it seems Western couples tend to see their days off as a chance to get out and be active, or call their friends for a get-together.

Japanese couples think of their time alone together as very important, which is a bit different to Western couples who like to share their time with a group of friends.

In the West, Valentine’s Day tends to be a day where women wait for an invitation from the man in their lives. In Japan, it’s more common for women to prepare a gift of chocolate for men they have feelings for. It’s a day that makes men’s hearts beat a little faster.

A month later on March 14th, Japan has a special cultural tradition called White Day, where men give women back a present in return.

Recently, women also tend to give chocolate to other people in their lives too. They might surprise their friends with tomo-choco (“friend chocolate”) , or take a gift of giri-choco (“obligation chocolate”) to work to give to their boss.

Only Half of Couples Live Together Before Marriage

In the West, moving in together is commonly treated as an important step before marriage. In Japan, this isn’t such a common custom. Recently, “semi-cohabitation” is becoming quite common. This is where couples might spend half the week or the weekend together, even if they don’t officially live together.  That said, people don’t tend to think that not living together before the wedding will mean that the marriage itself will go badly.

The tradition of confessing serves as a stage where couples can make it clear that they are exclusively dating from the outset. Because of this, the steps for moving forward towards marriage are relatively smooth in comparison to the West.

Japanese People Tend to Be Marriage-Conscious

This is purely from my perspective as a woman in my twenties, but around the time people graduate and enter the workforce, they tend to start thinking that they’d prefer their next relationship to be a long term one that could lead to marriage. Part of this thinking could be that it’s seen as a waste of time dating if you don’t see each other as someone you could marry. Evaluating their partner in this way as they go through the stages of their relationship may be something unique to Japanese women.

Meeting the Parents Means that Marriage is on the Cards

There are many people in Japan who keep it to themselves without telling their parents when they start dating someone new. This isn’t because people don’t want to introduce their partner to their parents! It’s because in Japanese culture there is a strong sense that introducing your partner to your parents is a sign that you are seriously dating with the intention of getting married. Of course, this doesn’t apply to everyone. Some people have a closer, more friendly relationship with their parents. From the perspective of a woman,  it seems like a lot of people also confide in their mother but keep things from their father if he’s on the stricter side.

In recent years, “konkatsu parties” have become a standard way to meet someone new. Konkatsu means the act of actively dating and meeting people with the goal of getting married. Typically, these parties are places where men and women who are looking to get married get together and enjoy a meal and conversation while looking for a potential special someone to date. There are two upsides to konkatsu parties that have made them as popular as they are.

The first is that you can meet a lot of people who are also looking for a partner in one place. The other benefit is that, unlike dating apps, you can talk to people in person. Also, because the event is arranged by a company, it feels safer.

There are many different types of konkatsu parties. For example, there are parties targeted at people of certain occupations, incomes, or age ranges.  People in the West may find it a little surprising to hear of these kinds of events, but this is a very efficient way for busy working people to meet a wide range of potential dates.

A goukon is an event where single men and women who are looking to meet someone go out for drinks in a group. This is more similar to regular parties in the West. These meetups are a bit more casual than konkatsu parties, and are usually arranged among a group of friends.

Meeting someone new through a mutual friend is safe and easy, and this method makes it easy for people to meet someone who comes from a similar background. There are many couples in Japan who met at a goukon.

Tinder, which originated in America, is the most recognizable example of a dating app.  Since it’s been around for a while, many people in the West use it without any real hesitation.  On the other hand, these kinds of dating apps have only become mainstream recently in Japan. However, there is still a somewhat negative image of dating apps in Japan, with people hesitating to use them due to concerns about low quality matches, scams, or having your personal information leaked.

・Tinder (Used widely in America, Europe, and Brazil)
・Match.com (The largest dating site in the world with users all over the world)
・Pairs (Has many Japanese and Taiwanese users)
・Omiai
・with

What do you think about dating in Japan?  From confessing your feelings to paying for dates, and even expressions of affection, there are a number of ways in which Japan’s unique dating culture differs from the West. Of course, everyone is different, but what is most important is maintaining good communication with your partner and doing your best to understand each other’s backgrounds and philosophies of love. 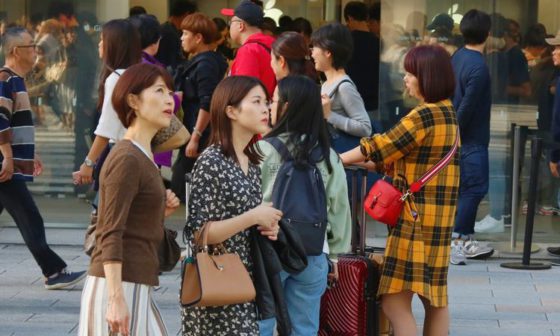 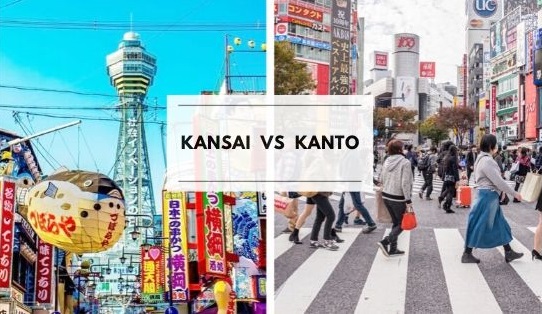 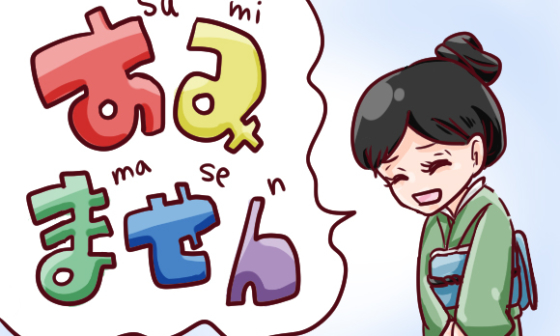 Culture/Manners
There are quite a number of foreigners who, once they move to Japan, are surprised by how often… 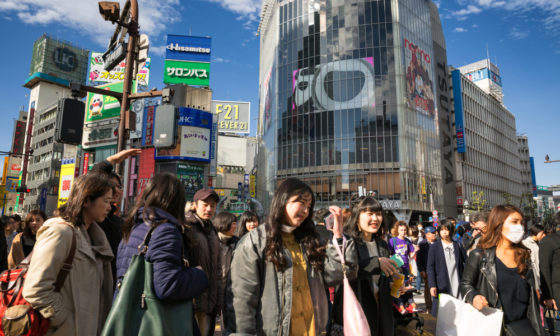 Culture/Manners
Despite the standard twelve years of English language education from elementary school up until university, many Japanese people… 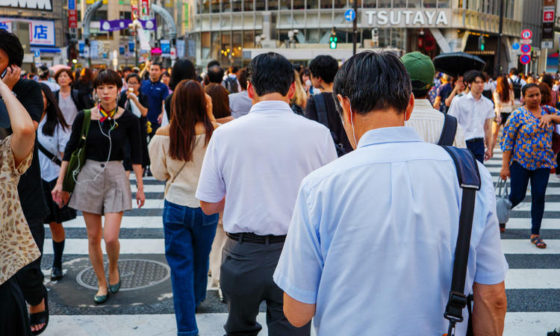 Culture/Manners
When you think of someone Japanese, what kind of person comes to mind? Typically, Japanese people are thought… 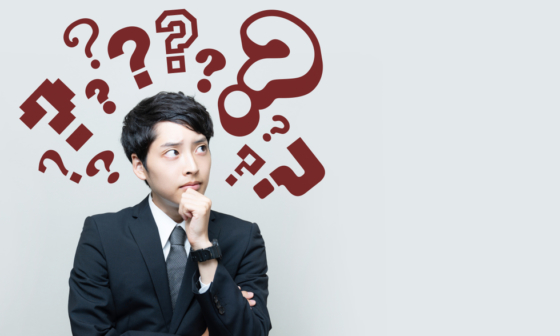