Harassment in the Japanese Workplace: What Is It, Its Types, and How to Deal with It

In recent years, one of the biggest problems in the Japanese workplace has been the issue of “harassment,” i.e. unwanted acts that hurt other people or make them uncomfortable. In this article, we will discuss the kinds of harassment you may encounter at a Japanese company and how to deal with them.
156
Shares
156
0
0
0

In recent years, one of the biggest problems in the Japanese workplace has been the issue of “harassment,” i.e. unwanted acts that hurt other people or make them uncomfortable. In this article, we will discuss the kinds of harassment you may encounter at a Japanese company and how to deal with them.

What Kind of Harassment Do You See a Lot of at Japanese Companies?

“Harassment” can broadly be defined as actions or words aimed at another person which, even if it was not their original intent, make that person feel uncomfortable, attacked, threatened, or humiliated. Harassment can occur in a variety of places, from offices to schools, even households. It doesn’t matter what the intentions of the harasser were; if the recipient of their actions or words feels uncomfortable, then that constitutes harassment. It’s important to fully understand what harassment really is, lest you yourself unexpectedly find yourself in the role of the harasser. There are a lot of types of harassment, but in this article, we’ll introduce the four main ones that you’re most likely to come across at the workplace.

Power harassment is when a person with a higher status or position at a company uses their power to bully their subordinates, inflicting psychological or physical pain on them. It is the most common kind of harassment you’ll find at Japanese companies. Examples of power harassment include yelling at employees, throwing things at them, assigning them an unreasonable amount of work, or undermining their skills or accomplishments.

Maternity harassment is the inflicting of psychological or physical pain on someone who’s pregnant or has given birth. Examples may include bullying a person taking maternity leave with phrases like “We’re too busy for you to be taking a vacation” or “Don’t be a burden to the company,” or demoting them.

Moral harassment, or mobbing, includes acts like badmouthing someone or ignoring them. It’s similar to power harassment, but mobbing doesn’t require an unfair power dynamic and does not include acts of violence. Instead, it’s more insidious, like excluding just one person from a drinking party or scolding them for prolonged periods of time. Because moral harassment is usually the work of a group, the damage from it can be very serious.

Will Harassment in Japan Continue to Get Worse?

In recent years, those government institutions like the Prefectural Labour Bureau who offer consultations for people dealing with harassment at work have seen more and more people seek help. In 2007, they dealt with 28,300 complaints of this kind, with the number rising to 87,500 cases in 2019. This tells us that harassment continues to exist at Japanese companies. The damage from workplace harassment can cause mental disorders, and victims of it have been paid workmen’s compensation in the past. Clearly, the problem is not going away.

In order to combat harassment in the workplace, on June 1, 2020, the Japanese government has enacted the Revised Labor Measures Comprehensive Promotion Act (The Power Harassment Prevention Law) that mandated power harassment prevention measures for large corporations. From April 1, 2022, the law will also apply to small-to-medium-sized companies. Here’s a summary:

1) Employers are obliged to maintain a system of anti-power harassment measures through the establishment of help desks and other actions.
2) Those companies where power harassment has become normalized and does not improve despite recommendations will have their names announced to the public.
3) Those who report power harassment cannot face any professional repercussions.
4) The law also explicitly forbids sexual and maternity harassment.

Below are lists of specific acts that count as harassment in the workplace.

1) Physical Attacks, e.g., a subordinate being punched, kicked, or subjected to other acts of violence by their superior.
2) Psychological Attacks, e.g., a superior using language that degrades their subordinate or denies their personhood.
3) Isolation, e.g., cutting someone off from the workplace by having them do research at home or secluding them in a separate room.
4) Exorbitant Demands, e.g., pushing an unreasonable amount of work on someone that’s well beyond their abilities.
5) Insufficient Demands, e.g., only giving someone menial tasks in order to make them quit.
6) Invasion of Privacy, e.g., persistently interfering in a person’s private matters.

1) Quid pro quo, e.g., making offers like “If you go out with me, I’ll give you a good performance review” or “If you satisfy my sexual desires, I’ll give you a good review.”
2) Hostile work environment, e.g., making people uncomfortable by employing sexually-charged words and actions, including frequent touching or spreading private intimate information about someone.

2) Harassment over someone’s poor health, e.g., directing violent language at someone who is suffering from health issues caused by pregnancy or by recently giving birth. If they try to leave work early or take the day off only to be met with comments like “Instead of taking breaks, just quit” or “We have to work more because of you,” then that constitutes maternity harassment. Facing abuse over taking the day off or leaving early to care for a child sick with fever or some other ailment also counts as harassment.

Moral harassment is a more insidious form of bullying aimed at someone’s dignity and self-worth. It covers a lot of behaviors such as ignoring someone, isolating them, talking behind their back, slandering them, looking at them in a degrading way, not passing necessary work information to them, or interfering in their private life.

What Should You Do If You Experience Harassment?

If you become a victim of harassment, remember that you’re not alone and that there are people you can consult with. First, determine what kind of harassment did you receive, when did you receive it, and who witnessed it. Try to remember all the details about the incident or incidents and write them down. That way, you’ll be able to calmly explain the situation during a consultation. Please read about ways of dealing with harassment below:

1) Consult with a Coworker or Superior

First, consult with someone close to you at your workplace. You’ll need help to resolve this problem as quickly as possible.

2) Consult with the Appropriate People at Your Company

If you can’t talk about your problems with your coworkers, consult with the harassment help desk at your company. All companies are mandated by law to offer such services to their employees.

3) Consult with an Outside Service

If you can’t talk about your problems with people at your company, consult with harassment specialists at your local Labour Bureau or Labor Standards Inspection Office, which offer those services for free.

If you’re not too sure about your Japanese, please consult with the Labour Bureau’s Labor Consultation Service for Foreign Workers, which is available over the phone for those who can’t make it to the bureau in person. The foreign language support offered by each bureau differs depending on its location. For more information, please visit the Ministry of Health, Labour and Welfare’s homepage.

And that was everything you need to know about harassment at the Japanese workplace, a problem that you or someone you know may encounter while working in Japan. But by fully understanding what harassment is, you’ll now be able to take the appropriate steps and resolve the problem as quickly as possible. 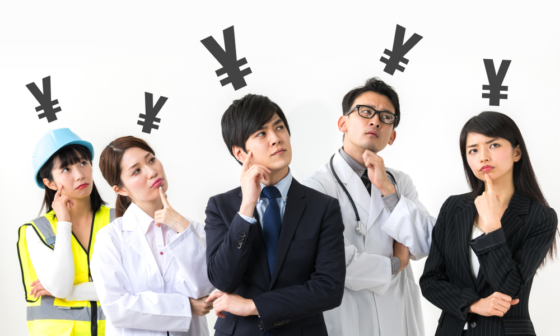 Work
Thinking about working in Japan? Curious how much you’ll make? Using data from the Ministry of Health, Labour and Welfare’s 2020 survey of salaries in Japan, this article will give you an idea of how much money you can expect to make as a foreigner working in Japan. 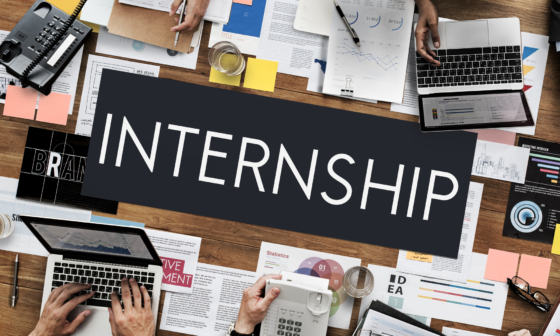 Work
An internship can be a great way to dip your feet into a country’s business culture and customs.… 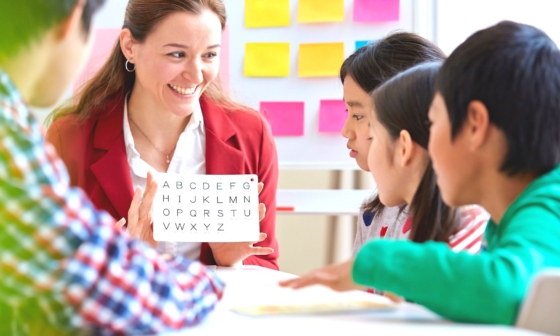 Work
For many, teaching English is the most viable option to be able to make their way across the… 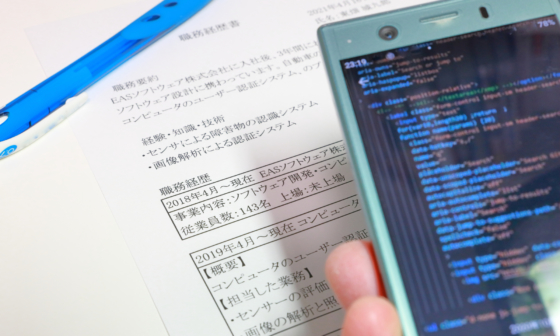 Work
Looking for an IT engineer job in Japan? Heard that you need to write two resumes in order to do it? Here we take a look at the second Japanese resume, the shokumukeirekisho. We will walk you through what exactly you need to include and the best way to format it. 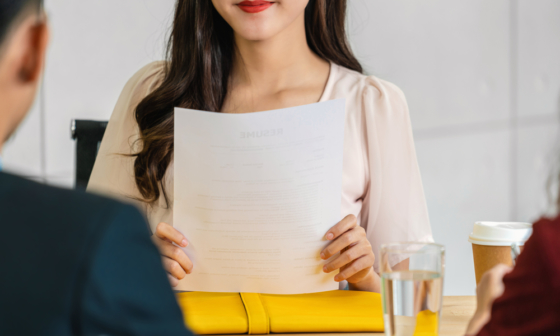 Work
Looking for a job in Japan? Heard that you need to write two resumes in order to do it? Here we take a look at the second Japanese resume, the shokumukeirekisho. We will walk you through what exactly you need to include and the best way to format it. 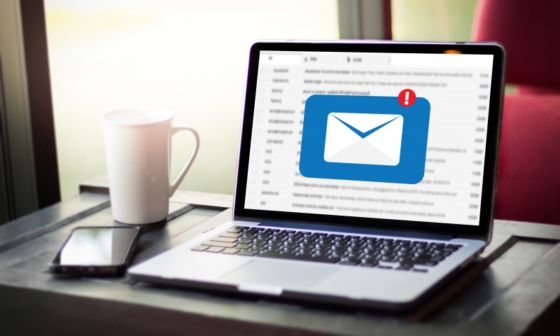