Where and How to Exchange, Withdraw, and Cash-in Japanese Yen

So, you’ve just arrived in Japan with all your belongings packed into one or two suitcases, ready to start your life anew. Hope you’re already good for yen. Japan is still very much a cash-based country. While credit cards and other forms of digital currency are starting to make a splash, it’s hard to get too far without a little cold hard cash. But if you don’t expect to have any yen until your first salary, then this guide will tell you everything you need to know about exchanging foreign money in Japan.

Although Japan (and Tokyo especially) has a reputation for being a technology-centric nation, physical cash is still used a lot in this country. It seems especially unique given the fact that according to a 2017 report, Japan’s credit card ownership rate is around 2.8 per individual, the same as the UK, US, and Australia.

Furthermore, ATMs fees are often high. Banks also regularly charge customers for withdrawing cash from the ATM outside of business hours. After certain hours, some ATMs don’t even allow cash withdrawal! This is dependent on the bank you use, but it’s typically common with Japanese banks.

There are several ideas floating around as to why cash is still king in Japan. Many small business owners like local ramen shops also avoid running up high credit card charges, so often opt out of offering the service altogether. Others believe the reliance on cash is a habit learned from a young age. Japan is a nation that has suffered great economic highs and lows. There still seems to be a feeling of security in having physical cash, rather than relying on numbers on a screen.

Whatever the reason may be, it’s lucky that Japan is such a safe nation, boasting one of the lowest crime rates in the world, and Tokyo is an excellent example. It’s the city with the highest crime rate, which was 93,745 recorded crimes across the city’s 23 wards. With a population of around 9,500,000, that’s a crime rate of 0.99% for the most dangerous city in the nation, which gives you a good idea of how incredibly safe Japan is.

If you lose your wallet, there’s a pretty high chance it’ll turn up, money untouched. So many people feel comfortable carrying hundreds of dollars in their wallets. So, if you have to take out a bit to save on transaction fees, it’s usually worthwhile.

When Should You Exchange?

When coming over to Japan, the question as to whether you should exchange before you leave or when you arrive will inevitably arise. If you want to save money, it’s worth considering holding off until you are actually in the country.

But given how cash-centric Japan is, for peace of mind, it may be worth getting a little emergency cash exchanged ahead of time to cover early necessities like transport to your accommodation. Once you’re settled, then it’s time to hunt down an international-card-friendly ATM to get some cash.

Doing a little additional homework before you head off to look for an ATM is definitely worthwhile if you want to make sure you’re getting the best deal. Everyone’s bank will have different international withdrawal fees.

But as a general rule, withdrawing a lot of cash at once from an ATM in Japan is often the most money-savvy way to get your hand on some yen. There are other options beyond the ATM, which will be discussed later, but for now, let’s focus on this one.

The convenience store (known affectionately as “konbini” in Japan) will be your savior. As well as stocking all your daily essentials, great food, and tickets to exciting destinations around the country, most convenience stores also take international credit cards. 7-Eleven ATMs – known as 7-Bank ATMs – also allow you to withdraw cash.

The two other major convenience store chains, FamilyMart and Lawson, are home to international ATMs these days too. However, if you’re in a more regional area, the safest bet is the 7-Eleven as they’re the biggest of the three and offer the service to almost all foreign cards. Being inside a convenience store means they’re also accessible 24 hours a day, seven days a week.

Japan Post Office ATMs are another great option. You’ll find these ATMs near the front of Japan Post Office locations. They take most international cards. They’re usually only accessible when the post office is open, which often tends to be typical office hours in Japan, plus the occasional Saturday if you’re in a busy area.

Found in airports, some train stations, and as booths in the inner cities, currency exchange shops are another way to turn your foreign dollar into Japanese yen, or vice versa. World Currency Shop is the biggest exchange shop in Japan, and it accepts a broad range of currencies, which you can see on their website.

While they only accept 12 currencies, Daikokuya is one of the more ubiquitous options with 40 outlets in Tokyo alone. They also have shops throughout the country. You can find the complete list of retailers on their website.

The most English friendly option is Sakura Currency Service. Sakura is a multifaceted travel company that also has an accommodation agency and runs tours, bars, and cafes in Tokyo. They have many outlets in the capital, many of which include other services like free luggage storage, complimentary tea, and a free resting area with Wi-Fi. Many of the staff in most of these stores are bilingual too.

Other Options for Exchanging Cash

Beyond the ATM and currency exchange stores, there are some other options. They may not be your first choice in terms of budget-friendliness and accessibility, but they’re handy to know.

Some hotels – major chains like APA Hotels – offer money exchanging services, which typically come at a premium price, but are convenient. If you’re temporarily staying at a hotel, ask during check-in if they have a currency exchange. Some also have exchange machines in the lobby.

Most major airports offer currency exchange services too. Narita, Japan’s biggest international airport, has 12 exchange stores alone. In terms of favorable rates, it depends on the currency and when you’re visiting, so it may not be the most affordable choice. However, this is often the most convenient option if you’re arriving with no yen and want some quick emergency cash to keep you going until you do find an ATM.

Not all currency exchange services will accept coins. One excellent option for offloading all your coins is at a Pocket Change machine. Pocket Change is a Japanese service. It takes your leftover coins in yen, USD, Euro, Chinese renminbi, and South Korean won and turns them into digital currency. You can pick from a range of electronic money options, including digital vouchers for companies like Rakuten, Apple, and Amazon.

Or you can choose to donate the sum of the coins to a charitable organization. They accept the Hong Kong dollar, Thai baht, New Taiwan dollar, Singapore dollar, and Vietnamese dong too in note form. They have machines in Hokkaido, Tohoku, Kanto, Chubu, Kansai, Chugoku, and Kyushu. For a live map detailing all the locations, visit the website.

Offload Your Cash onto Your Suica or PASMO for Convenience

If you don’t want to carry your coins around, you can always load money onto your transport cards, too. Known as IC Cards in Japan, what type you get depends on which area you pick it up, but Suica or Pasmo are the most common. Others include Icoca PiTaPa (Kansai Thru Pass), Toica, Manaca, Kitaca, Sugoca, Nimoca, and Hayakaken.

While IC cards are most often used for transport, these cards can be used at many convenience store outlets, at vending machines, and in certain chain restaurants as a form of digital cash too. It’s a great way to keep the wallet light and streamline the purchasing process. Retailers who accept IC cards as payment will usually have a sticker detailing so in their store window. The cards are valid for multiple years!

Making the Most of Your Yen

Japan is still a nation reliant on cash, and while using your card at most major outlets won’t be a problem, it’s worth carrying a few extra yen on you. Head to your nearest 7-Eleven for fail-safe international cash withdrawals, and you’ll soon be enjoying your new home with no money worries. 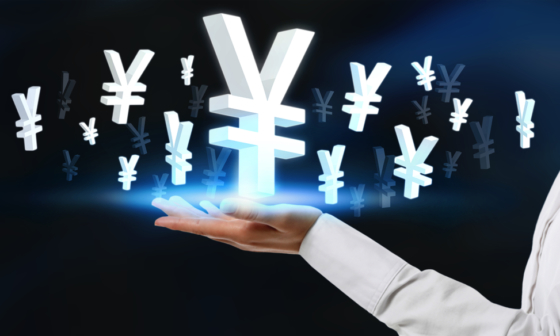 finances
Money left in the bank is money that is losing value. If you have excess cash sitting around, it's always good to invest it. Not only do you beat inflation, but you can potentially grow that money as well. Living in Japan, you don't have to settle for overseas brokerages and remitting currency. Rather, using the following brokerages, you can invest your hard-earned yen right here and now. 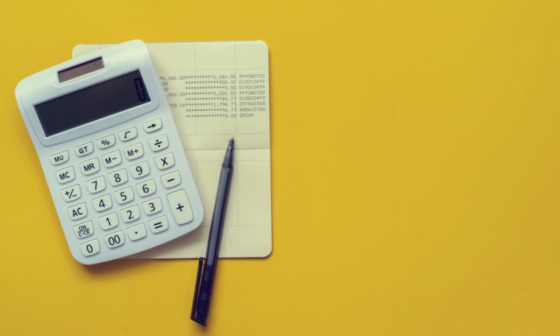 finances
Exactly how much does living in Japan cost? It’s said that life in the Greater Tokyo Area costs… 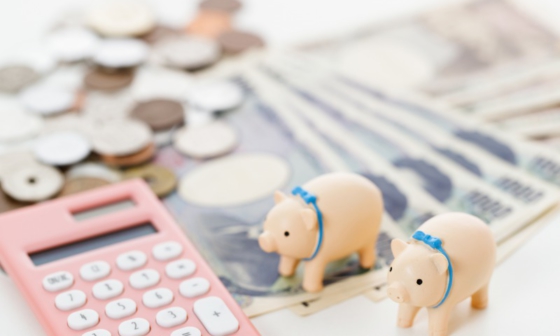 finances
As soon as you arrive in Japan, you’re in for some major expenses, like renting a house, buying… 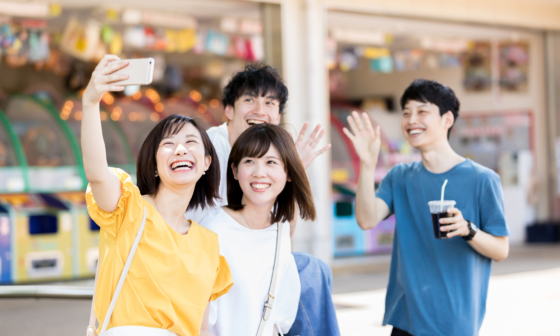 finances
Moving to Japan can be expensive, so it’s no wonder that many new residents in Japan try to… 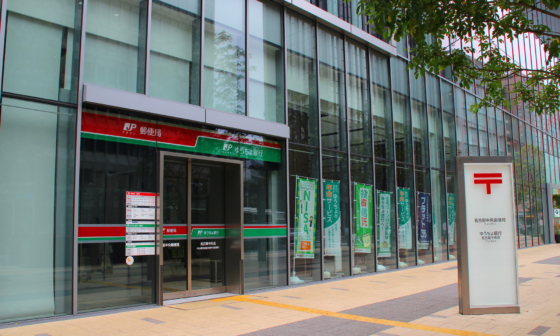 finances
Japan Post Bank, known as “Yucho Ginko” in Japanese, is well known amongst the foreign community in Japan… 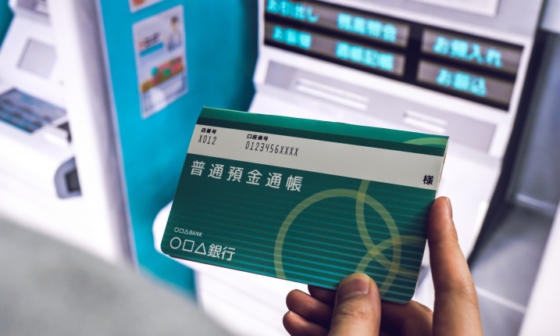 finances
Whether you’re a student or office worker, anyone starting their new life in Japan will most likely require…